Unlike previous iterations of PowerIQ, the third generation is powered by USB-C. This means that it fast-charges not only your mobile devices, but also tablets, laptops, game systems, and more; all from a single port. 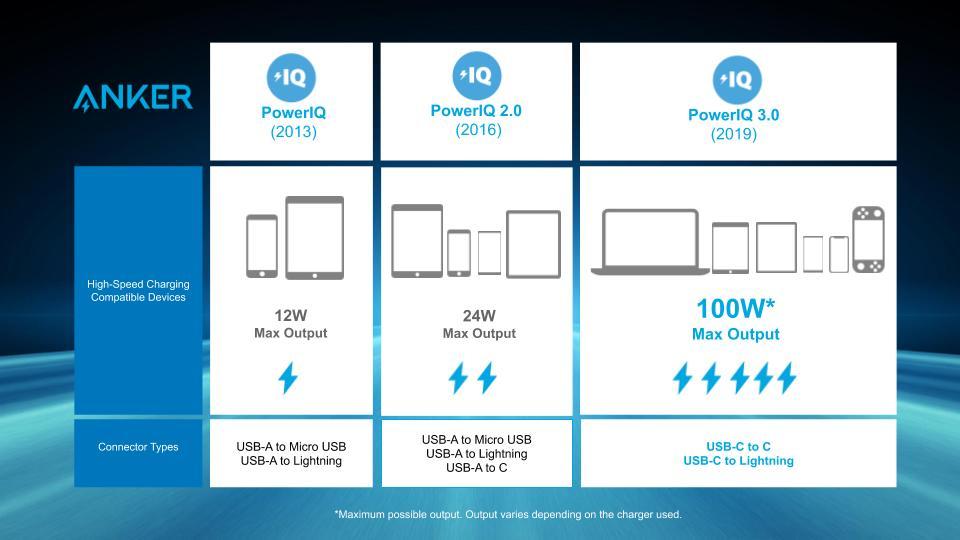 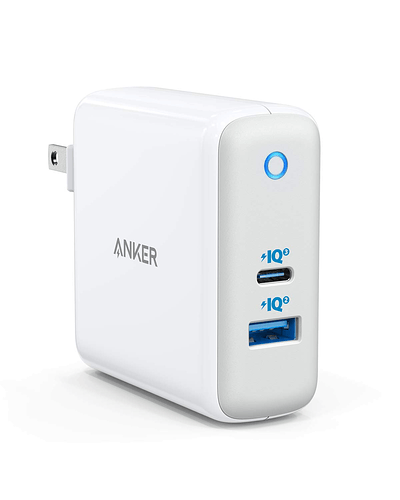 Equipped with dual ports that pump out a combined 60W, Atom III has the power to charge a MacBook at full speed—while being 15% smaller than the MacBook Pro’s stock charger, and including an additional USB-A charging port.

Atom III’s reduced size is due to GaN (gallium nitride), the highly-efficient material with which we’ve replaced silicon in the Atom series. Using GaN has allowed us to create chargers much smaller than their standard counterparts, without sacrificing a single watt of charging power.

If you’re ready to #PowerOnWithPowerIQ3.0 or get #GreaterWithGaN (okay, that’s enough hashtags), click on over to Amazon to learn more about how PowerPort+ Atom III makes standard stock chargers obsolete.

We have a gigawatt of electrifying news to share about PowerIQ 3.0 in the coming months, so keep your eyes here and on our social media for more.

Until then, fans, #PowerOn! (okay, one more hashtag)

This topic is now a banner. It will appear at the top of every page until it is dismissed by the user.

All of this was already posted yesterday by @joshuad11

and has a long thread of discussion

Anker has just released its first charger with PowerIQ 3.0... Take a look at PowerPort+ Atom III! [image] Features & details Universal High Speed - From iPhone to Samsung to USB-C laptops and more, Anker’s signature PowerIQ 3.0 technology provides high-speed charging to virtually any mobile device. One for All - Compatible with virtually any device that can be charged via USB; with a USB-C PowerIQ 3.0 port and a USB-A port equipped with PowerIQ 2.0. Compact Size - 15% smaller than an out-…

Thanks for posting… may be it’s better to merge these 2 threads? 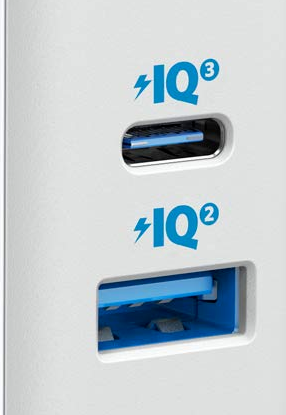 The only problem, is I know that @joshuad11’s post would get closed, when it shouldn’t be, since he was first…

Well, it’s not a problem, as they merge all the discussions as well. If you are worried about points Josh had more than enough already

That’s not what I’m concerned about. I’m worried about censorship. They shouldn’t just delete Josh’s post because they wanted to post the same thing themselves.

That’s not what I’m concerned about. I’m worried about censorship. They shouldn’t just delete Josh’s post because they wanted to post the same thing themselves.

Not that cut and dry, as a contributor Josh is privy to information on certain upcoming items, so therefore could have checked with the admins before posting if they were planning there own post (which he may well have done as well)…

Would love to see these with a detachable extension cord.

There’s nothing in the rules about having to check with the admins before posting.

His post is competely compliment with the rules, and therefore shouldn’t be removed. End of story

Erm, where did I mention rules? Re-read my previous…its not that cut and dry as private conversations are ongoing in the background to which this new item and tech were mentioned…

It’s a new tech and like I said Josh, like myself and a few others are privy to information on certain upcoming items…I would consider it a common courtesy to allow the company themselves to reveal the tech…

I dont think its as simple as you seem to think it is. i could be wrong because i have no experience that Josh does or other people higher up but i feel like there is more to it than you think

While this is sometimes true, unfortunately none of that information has really been able to go to use.

I have never posted anything that is not publicly available.

Any information from the admins did not help me in any way make that post.

I try to get news to the Community the fastest.

allow the company themselves to reveal the tech

@ndalby, how do you not understand that they revealed the tech before I posted anything about it?! I simply shared it before they did.

This is what I thought, but I didn’t want to put words in your mouth

I’m tired of seeing your posts closed, just because the admins wanted to post the same thing.

I don’t want to disrespect the admins, because they truly are great! But seeing that happen is simply unjust.

Had seen the post from Anker early this morning, and mentioned it to Anker in a post. They should merge that post into the original thread your started.

Thanks Josh for all your hard work. Staying so informed about the community must be challenging, How do you do it?