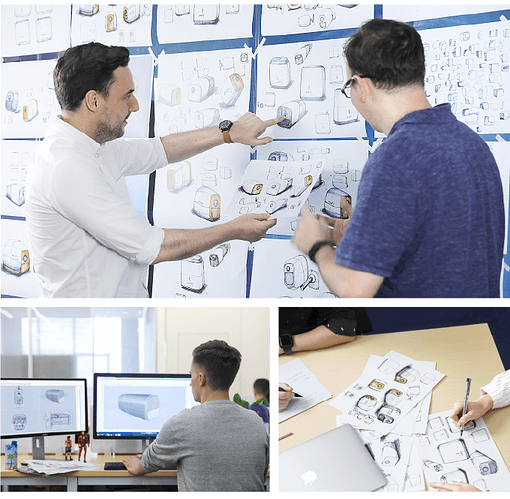 One upon a time there has been a kickstarter campaign for the most funded smart home product in history! … what already feels like an eternity ago! 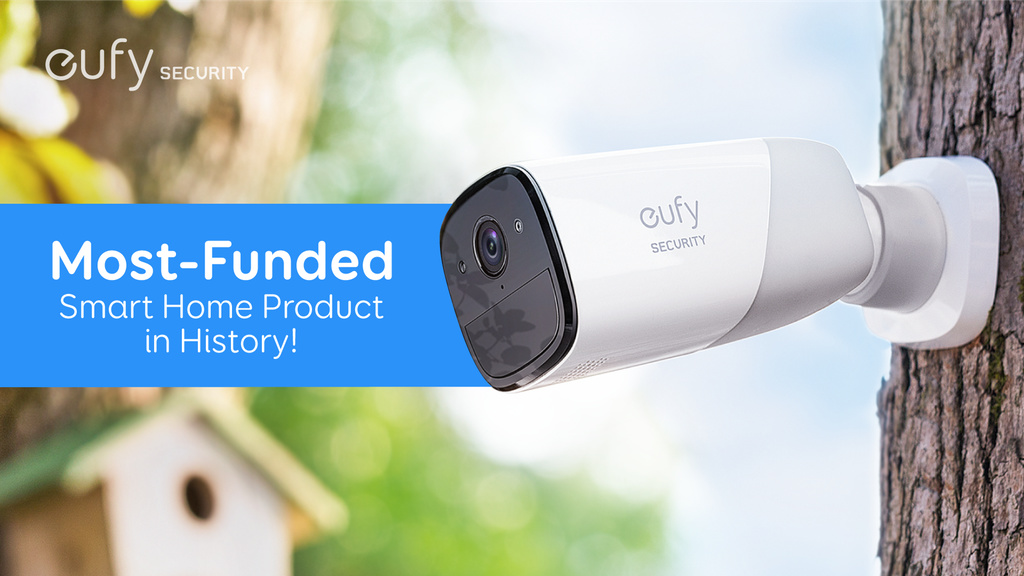 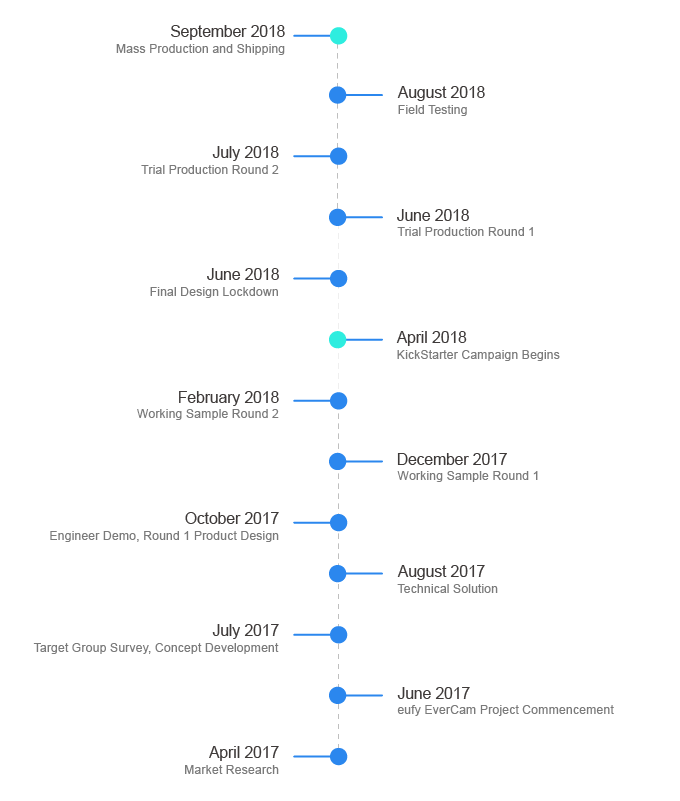 … the first bunch of cams got shipped to the backers and some weeks later (around turn of the year 2018/2019 - beginning 2019) the market start of the eufy cam made the cam available in retail more and more. 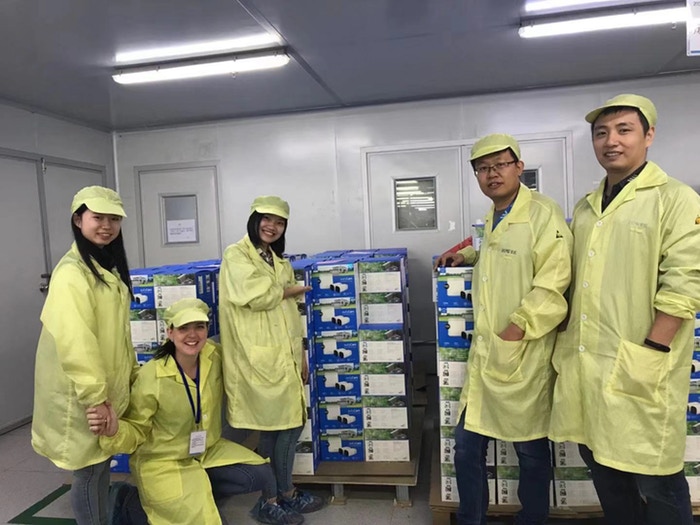 Very soon, the first customers reported and complained about the terrible range of the eufy cams. It soon turned out that for many customers the promised range was not even nearly reached. For people living in a contryside setting with like nobody around, it was perfect. But for all (like myself), who are using the cams in a downtown setting of a big city with trillions of other wifis and microwaves and countless interferences, the range really sucks hard and the kickstarter campaign comment page got filled with complaints.

To make it clear with numbers:
I have a maximum range with my dozen of eufy cams of 12 meters(!) (about 39 feet) at a downtown setting with several hundred/thousand of people living at small space and with tons of interferencing networks and other influences. And the cam with the 12 meters maximum range i could set (after i even had to move the homebase to a location where it doesnt belongs to, just to get a connection at all!) is losing the connection sometimes while live streaming or i even miss some records even the cam had motion detection - just because the cam couldnt connect to the homebase to start recording (1 out of maybe 200-400 videos but still aynnoing). But sometimes i already notice that my cam is not recording for 2-4 hours, even if it should record dozens of videos in this timeframe, just because it lost the connection to the homebase … which is just 12 meters away(!) - and one concrete wall. And the range was even worse before, they already “improved” it in some previous firmware update.

Just saying.
eufy cam’s range may be great at countryside, but sucks hard in the city and downtown settings!

That’s why we demand free or extremely cheap eufy cam range extenders for over half a year already and which has been announced for April or May 2019 … so already some kind of late, as we have nearly July already.

But since eufy announced this new timeline back in March 2019 (source: https://www.kickstarter.com/projects/1116368506/evercam-the-wirefree-security-cam-with-365-day-bat/posts/2442986 ) we never heared anything again about the range extender … nothing new, no updates about it … no words … no pics, no details, no tech specs, since months!
We all wait anxiously and pray to god that something will happen soon.

So we arrived the PRESENCE of our little timeline time travel … and as i just have noticed that one of my security cams (the most important one) lost the connection to the homebase again and is not recording since over 3 hours(!) … i thought it would be a good idea to start the following SURVEYS to make some “warm” pressure to the eufy team to speed up things, as they are late already anyway and to show eufy and anker how urgent it is and how important a good and stable range is for a SECURITY(!) cam!

So please be welcomed to give your vote at the two following POLLS:

Please note that you can choose up to 3 options at the 1st poll and only 1 at the 2nd poll!

… and if you voted YOU NEED eufy cam range extender(s), how much would you pay for it?

Please only choose 0,00 USD if you are a backer from the kickstarter campaign!
Else please vote fore the pricerange you would pay for a range extender. Thanks!

By the way: Please vote on first poll again @TechMan as i have made some fix and started it again. Thanks.

I don’t have any cams yet but I I know to cover the out buildings on my property and the long the driveway I will need an extender.

I think upto a.max 20 is a fair price to extend. Sometimes needed just to get though thick walls or concrete walls (as often the case in appartments, esp in UK).

I don’t use eufycam, so nothing to mention or need to extend.

But i do like the poll questions… its kinda funny

an update on the range extenders would be nice for those that need them.

But i do like the poll questions… its kinda funny

i guess you mean the poll answers, not the questions

But yes, why does a pool always needs to be so boring?
I wanted to have most of you smiling while voting.
So at least at vote #1 you can use one choose for serious vote and one for fun

You never know … just hoping the next forum version will not also kill the POLL MASTER too.

an update on the range extenders would be nice for those that need them.

Indeed! We are all waiting since months to get at least some update, news, tech specs, price infos, pictures, shipping dates, and so on while they are anyway late in their timeline. So then at least we would know where we are currently. It is so much annoying, frustrating and absolutely unnecessary that (in my case) at least one cam is frequentl losing the connection to the homebase and not recording for hours(!).

And the cam is just 12 meters away (max range i could arrange, with 1 concrete wall only in between!)

How much sense does a security cam makes, when it does not work?!

So @AnkerOfficial, @AnkerSupport, @AnkerTechnical, @ndalby, @TechnicallyWell it is time to bring us some news … your customers, fans, backers, supporters and “victims” are waiting desperately for news and updates!

@ALL Thank you very much for participating in the polls!

@yamyam Sorry fella, no inside track on this…hopefully @AnkerOfficial, @AnkerSupport, @AnkerTechnical can shed some light on what is/has caused the delay in this release and give a more updated timeline as to what is happening…

@ndalby Thanks Neil! … the delay is probably caused because they are all demotivated and mourning caused by dying of the gifmaster

Or maybe the eufy cam range extender is already completed and ready for shipping, but the eufy cam chief of sale wants to decorate each one with a cute unicorn

by hand before shipping and this is the reason why it will take several months to finish the first bunch of range extenders!

This, and only this, would be the only reason why i could accept the delay

Good effort there @yamyam, as usual. Hoping to move Eufy a little bit with this post.

Keyword “Poll Master” … i would like to remind:
(as most of you probably will overseen it in the big first post)

Please note that you can choose up to 3 options at the 1st poll and only 1 at the 2nd poll!

I meant the questions and answers

Keep up the good polls coming

No answer, feedback or reaction yet about @ndalby invitation and/or the thread and its topic itself?!

Hello！@yamyam Sincerely apologize for all inconvenience caused by the signal coverage. Due to some technical difficulties, we’re sincerely sorry that we will not release the range extender within a short time. Our engineer team do know the significance of signal range to our users. They are trying their best to find more better ways to improve the wifi coverage by following firmware upgrade. Sincerely thank you for your valuable time and feedback!

Due to some technical difficulties, we’re sincerely sorry that we will not release the range extender within a short time.

First of all, thanks for reacting and answering, even if very disappointing and unexpectedly.

OK OK OK … so you want to tell me, even if thousands of other companies are releasing hundreds, if not even thousands of wifi extenders each year, for 5GHz but also 2,6GHz … eufy (anker) is NOT able to release one?! What kind of technical difficulties we are talking about? For me as layman you just need to catch up a wifi signal, maybe boost it and send it again from the position of the range extender. Mhhh … i bet and guess eufy and anker already mastered much bigger and major technical hurdles.

Not to talk about that the eufy range extender for the eufy cam is already announced since over 6 months and already been positioned/delayed on the roadmap and therefore is anyway late already.

However, i won’t get concrete answers, but i still hope and pray that the eufy cam range extender WILL COME FOR SURE! There can be problems and delays, ok … but if you would drop the range extender, it will make (at least for me) the eufy cam useless in future!

I just can’t live with a joke of 12 meters max range, and even on this range the most “away” (if you can talk about away in this case) cam drops signal from time to time and is not recording for hours … a security cam!

So please … keep us informed about whats going on with the development of the range extender and when it finally will be released. Thanks!

I got a legitimate question from a user which i herewith want to forward to you:

You may answer him (and thousand others) … but only if you want to!

They have said previously they are doing extenders.

We know what has been promised end of last year already.

But we can also read:

we’re sincerely sorry that we will not release the range extender within a short time. 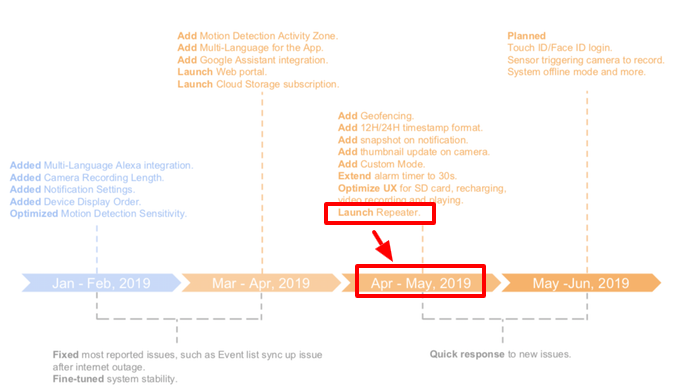 We know they promised it and working on it, but we also know that the range extender is overdue and in the pipeline for over 7 months(!) now. And we are not talking about a small crap backyard company in a 3rd world country. We are talking about ANKER(!)

So i can understand them and their frustration and permament demands 100%!

In my case:
I am currently running about half a dozen eufy cams on my own homebase and could already added at least 2-3 more, if the range wouldn’t suck that badly and/or the range extender would finally be there.

So the numerous amount of requests by users (who just can’t or want to wait any longer as anyway) and the demand posted above (and still incoming, even on kickstarter), is just a sign of impatience and lack of understanding from many cutstomers why such a big brand/company is unable to bring a range extender, even after more than half a year! And we do not talk about the re-invention of the wheel.

SURE, no question, there can be always technical problems occur or any other issues we do not know about. And i guess we all understand that. But after 7-8 months already its about time finally.

We do not need range extenders when the cams are outdated, not in use anymore or the next century started

we’re sincerely sorry that we will not release the range extender within a short time.

… is not what is motivating or we wanna read or know after half a year of waiting.
Their so called “short time” is already over… how long do they want us to wait? Another year?!

So always see and understand both sides of the medal.

Preliminary result of the survey: 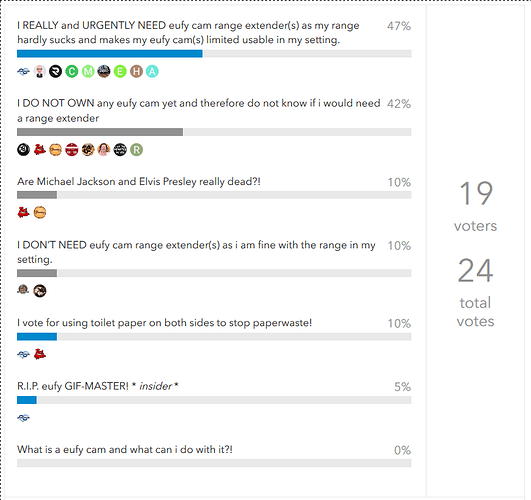