he is going to be so mad when he sees this. lol

he is going to be so mad

Love to see what GIF he is going to use

I wrote out my post that I am putting in for the #OneCharger event at 3 am. I checked it in the morning and I realized that I needed to sleep because it was, for lack of better words, interesting.

@yamyam that’s hilarious !! this is what I expected LOL

That’s what i at least have expected after reading this “news”.

Because it would be more than a joke, when custom shape activity zones would be available for a lil small product like the doorbell, but not for
tha #No.1 product … the famous, yami powered and promoted … eufy cam! 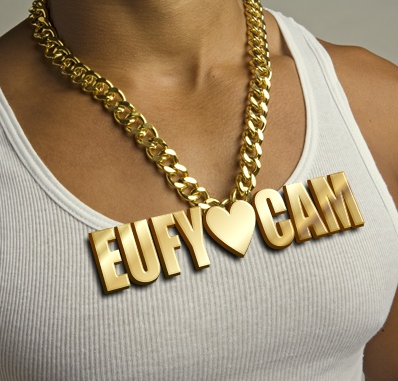 The only “info” and confirmation i would need now, regarding this, would be that ONLY activity detected in the brandnew, modern, flexible and supersexy custom shape activity zone for eufycam, will be recorded!

Can’t wait for the update and hope that everything will work 100% flawless, because this is one of the most important features of eufycam and hardly needed to save me several hundred videos a day triggered by my “neighbours”. Like described in detail here:

Dear eufyianics! Late but finally we got something like what is listed at the TO-DO +++ GENERAL eufycam TODO-LIST +++ currently at point #1: Adding ACTIVITY DETECTION ZONES for the cams, if possible. If you call it Motion Detection Zones or Activity Zones, means the same. Thanks to eufy for listening and bringing us this requested and very important feature! The rollout (app update) for this feature should have reached all customers these days. And i know it is still “beta”, but from begin…

Love the article and illustration.

nice write up and walk through.

I wish you guy did a truly wireless doorbell for those that don’t have a wired door bell. If you guys made one or had a kit to convert the current one into a battery powered unit I would love to get my hands on one of these.

Sorry this is the limit set by the discourse system. And it has been upgraded from 2MB to 4MB on this version.

Sorry to read. Most cool gifs are bigger than 4MB

and like seen above, this low limit is destroying my stories and noone will click a link to see a gif! … At Post #9 above, the gif which is not shown because of the limit is essential for the whole story and joke - but only 2 … TWO(!) … clicked (and thefore) seen it.

… so the EGF … the eufy gif master will quit his job here.

The GIF MASTER is

But you need to see the deterioration of possibilities:

In the previous forum version, there has been also a certain limit of MB for uploaded files, probably the same as now. So far, so good. BUT:

In the previous version you have been able to post an URL of files which has been BIGGER than this limit and it has been still shown in the post (but not automatically downloaded to the forum space).

In the current version you can still post an URL over images larger than those 4MB, but instead of showing them in the forum (from 3rd party webspace) it is only showing an “error” message with a link

That’s the small but subtle difference

So from now on, it will not be possible anymore to post images, gifs or whatever, which are bigger than (joking) 4 MB with the option to get it shown in the post. Now you have to click on a link to see it. Most people won’t do this, proofen in this post #9 above. Most people probably do not even take notice that there is an image “missing” because they oversee the link.

Need another example? Sure direct link to the post: … see +++ GENERAL eufycam TODO-LIST +++ and notice that several hundred people have reades it, but only 1 … yes … ONE(!) has clicked the error-message-link to see tha GIF!

Now understanding why it is a step backwards in my eyes and why it is “destroying” some “story” or post or the “easy read and understand” of a post?

Not a big deal and trump will still terrorize the world (which will still keep spinning; at least until he hits the nuclear button), but no more gifs from me from now on…

Have a nice day.

I cannot imagine @yamyam posting without using GIFs… You did it bro!

You did it bro!

Forcing, inciting and motivating me to delete my anker community account bro?!

motivating me to delete my anker community account bro?

nah…I never do that to you