Just heads up again on this is coming.

When they say the same, they mean in context of electromagnetics emissions, they could look radically different (e.g. different lights, battery size, etc)

So what’s coming are probably variations on the Flare Mini. Could be differences in battery life, lights, etc. The average is 6 weeks from FCC til in stock to buy so if that holds for this puts us in early June. 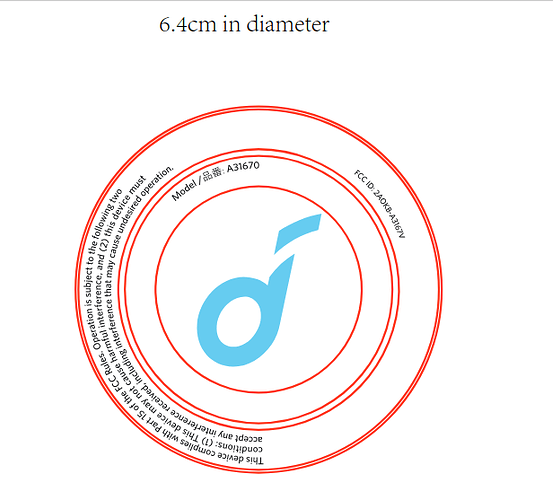 So the only meaningful heads-up that Anker has published is there are two additional variants of the Flare Mini probably, my guess is early June.

I never believe that these models are compatible with elder ones (TWS).

Correct they can incompatible TWS so long as same power.

You see, the old one got TWS so there will be no more compatibility with that models.

Newer ones will have TWS support plus PartyCast, per Product Managers on Soudcore Collective

Really?
The hope dies at last!

May be I can get one to test with the old one I own.
But not being an “unpacker” or a fakebooker there will be no chance.

Screenshot from Soundcore Collective, from Galaxy Zhang, but things can always change / suit per the best user experience

Oho the “plans”…
There have been so many plans here.

Looking forward to the release of the new speakers

Hmm can’t see what can be added to a Flare Mini already. They could do partycast version like they have been doing but doubt “Flare Mini” will be the name

For that to be true you’d create two versions of Flare Mini with identical name and model number, and the two variants.

Ooh good, someone owns a Flare Mini, buys another in June, doesnt TWS with original.

If they maintain backwards compatibility then fine.

Not a big fan of sneaky non-trivial product changes which materially affect operation.

They look identical to me.

This reads they haven’t added partycast, it reads as it’s the same TWS.

Adding lights on top is good, but breaking TWS with original is bad, if that’s what they are doing.

FCC isn’t fixing the product name, only the code, they can call the two new variants different names but they have stated they are insides the same. As the FCC new listing inclides A3167 that does indeed permit for there to be two A3167 which dont work together.

So yes the FCC listing does permit them to break TWS but it reads in substance they haven’t.

My advice is just be aware of it particularly if buying another Flare Mini from June. Ask the question before purchase.

If they maintain backwards compatibility then fine.

Never!
I bet this will start a new pile of issues.

Probably but at least we won’t get people who buy it non-free-return seller who then find it doesn’t pair with their existing Flare Mini, as they’ve gone here and searched first and waited for confirmation TWS new and old work together.

They are discussing the very important “unpacking videos”
You should/can not disturb with such a hint.

I remember the issue pairing the icon minis.
I had a orange one and a black one.
No chance.

Neil told me its not possible, he had the same problem.
And was told from Anker about.

This issue was never discussed at soundcore’s.
But I got another black one and could keep the orange.
That was more than generous.

I had a orange one and a black one.
No chance.

Yep, orange/black combo always seemed to be a failure for most…but I also had the same with a newer black model pairing with an older black model…

So lets see what will happen with those diverse Flare mini models.

I went back and forth with Soundcore Support, got 2 separate Icon Minis, plus two which I had (Orange and Black)… none of them paired

Support was helpful and offered to exchange the Orange and black for a working pair… but I didnt want to lose the Orange, made peace keeping what I had… they work separately though/

I’d expect these made-at-same-time 3 variants of Flare Mini to TWS with each other as the FCC posting has them stated identical (from an EM perspective).

The healthy skepticism is if these new Flare Mini work TWS with the original.

My only interest is to just flag to not assume.

Under the ToS, by definition, it’s already too late to warn or ask or even discuss in the other place, you’d have to email, not share the reply, until it’s for sale and then some may have bought it before it’s discussed.

So we should keep quiet.

You know such discussion may lead to… in the other place.

I stopped my participation at this “place”.
There isn’t much of interest for me.
I have some speakers.
But I am not in ear buds and earphones

And I am really not a fan of those "artists " offered by LÜM.
The young ones should discuss,
take part and if they like, its absolutely perfect
But not me, I am too old.
Listening to Mozart, Beethoven and Schubert
and the lovely voice of my wife :
“Franz, where are you hiding, you are in the basement I know, men’s hideaway”