The only one you need to watch.

Perfect as all of Ryan’s reviews!
Thank you @TechnicallyWell

I see Ryan is replying…

I’d like a microphone test while in a 15mph wind.

Thank you so much! Some notes:

I have healthy skepticism on microphone performance. I think they’ll probably need to add microphones behind the ear so they can filter out all sounds but front central. With just 2 microphones at the front pointed down they inherently can pick up the voice better through physical proximity to the mouth relative to say an in ear bud mic. These should do better than stick buds, they inherently can filter out sounds not from the centre line by detection of different arrival time of a sound, but to do the last step of filter sounds central from the rear they need a rear mic. So they transmit central forward sounds only.

Can you do a mic test where you turn around in a wind and sounds immediately behind you? I think they should do badly at those tests if my theory is correct.

TBH good sounds is now commodity. The differentiation is in microphones and AI keywords detection. Being able to understand the voice is key to handsfree.

I’d like a microphone test while in a 15mph wind.

Actually, @professor, I think I can help with that. In this outtake, I inadvertently recorded using the Frames’ microphone while walking into the wind on a breezy day. While you don’t hear a lot of the wind, it does cause some fluctuations in the voice recording. So it may make the phone call a little more challenging for your caller to hear, but should still be understandable.

I don’t listen to music, I listen to podcasts, voice and make and receive phone calls. So bass sound is not a requirement for me and in fact the biggest physical threats when moving usually have a loud rumble so I don’t want any bass from my audio products anyway. I turned off Bass-up on the Mini 3 and use EQ settings tuned for voice.

I make my money now from stocks, shares and property and I am out on my bike going from property to property, smelling and hearing, and I may be the guy sat next to you “not listening” while you discuss the price of the house you are about to sell.

I used to make my money in technology but I lowered my carbon footprint from flying every week to not flying for over 2 years now.

Hiding in plain sight - with Soundcore Frames - is my secret plan.

The sound quality at home has been already solved well. Partycast means can wander around house hearing the same thing, and Q30/Q35 allows you to not bother others while hearing them. So it’s the outdoors moving and still hearing everything is the last outstanding problem and if biking you can’t use your hands. I have had a smartwatch for many years and glance at my wrist when I see an email, and currently pull over to a quiet spot to make a phone call. I’d like to make the call while moving.

Seems you have to do some more researches Ryan.
Keep the “old comrades” informed here.

thanks @Professor for sharing!

Nice that they provided you with 3 frames to different front frames. Appreciate the review as well.

Nice review. When is it projected to be out? How much? 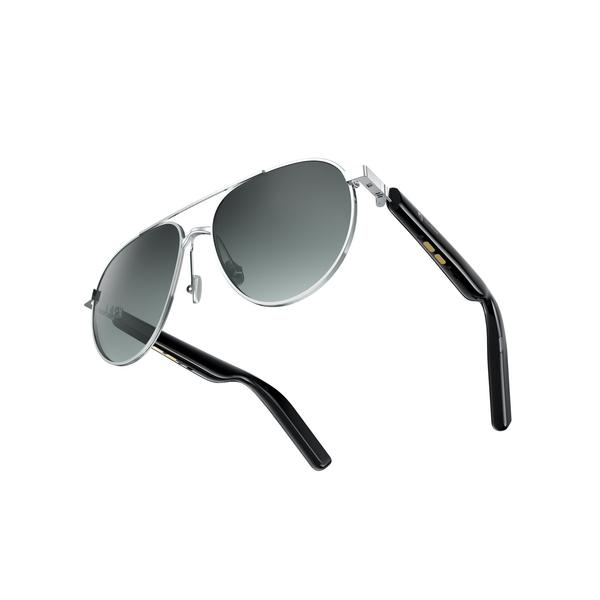 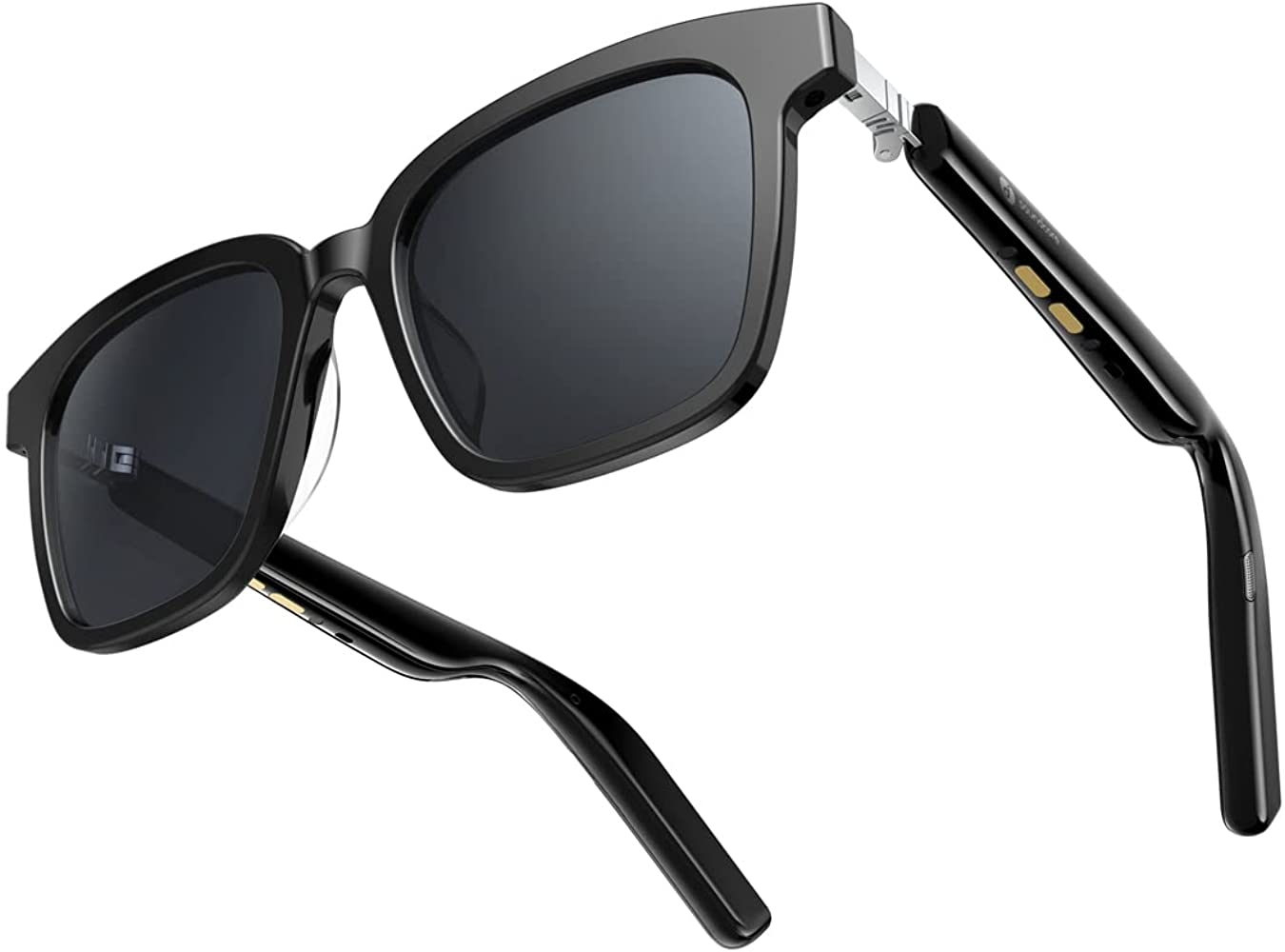 It had a pre-order deal and the competitions for coupons to discount are beginning.

And well done for sharing @professor

Personally, when I first heard talk of the product I assumed it was a visual product too!
On that basis I really don’t understand this product.
I can’t see the benefit over buds/on ear/over ear products.
Can you have prescription lenses fitted into these for those that wear glasses? If not that limits the market significantly and there is a rise in those requiring vision correction.
And what about the proprietary charging connection, I take it that means it’s not micro/usbc?

Sorry to be a bit “flat” about this, and taking nothing away from the review, I just don’t get the product

We were talking about prescription lenses.
If you need such, you need to change.
That means waste and optician etc.

May be for some its a “gimmick” better to say a “must have”.
Others will not.

We were talking about prescription lenses.
If you need such, you need to change.
That means costs an optician and waste etc.

May be for some its a “gimmick” better to say a “must have”.
For others its definitely not such one.

I can’t see the benefit over buds/on ear/over ear products.

So these are to complement other existing saturated market areas.

Where in-ear and over-ear fail is when you’re moving and needing to be able to hear things and see things.

All the previous audio products from other brands have an issue such as sound awful and being bulky. These new Soundcore Frames are a good step in the right direction.

Can you have prescription lenses fitted into these for those that wear glasses?

It has been discussed, the answer is yes but you’re on your own to figure it out. Don’t worry, its being chased on multiple fronts. I don’t need prescriptions but I need these initial Frames to sell well so it fuels further investment in successors.

I take it that means it’s not micro/usbc?

Also asked. We were told USB-A is still more popular. It makes sense to have magnetic connectors on the Frames as they are too thin to have a port. But yes, USB-A rather than USB-C at the end of the cable is irksome. I’d like them to sell a spare or bundle both cables types so you can keep one at home and one in your travel bag. I only travel with a USB-C charger and cable. I use a Powercore which still have A and C ports to then charge my MicroB devices without carrying a USB-A port as my USB-A needs are all low power.

This is a very good initial offering, but I can see how it could be so much better. It would be better if they worked with a more diverse set of beta. Reviews are really too late to influence products, engaging diverse users earlier , followed by early reviews for feedback, then final reviews of finished product, would be making best of the community.

I don’t see why they can’t simply ask “Soundcore is working on a new product with a charging cable, would you prefer it to be USB-A or USB-C?” - doesn’t give information to their competitors?

I asked for this before it existed, but could have been released better product.

I just don’t get the product

In my case it’s primarily cycling. I am usually with something over my eyes to keep debris out (summer insects mostly, or just dirt all year round). I currently bike with a Slim buds around my neck and put one bud in an ear to listen to something moving or in both ears when sat still. I can’t particularly hold a conversation while biking but everyone who phones me knows I am a cyclist so know to wait til I get a sheltered stop in a few seconds. I’d like though to not need to stop as the electronics gets smarter filtering out the wind sound.

Also you can imagine, so I’m inventing it here now, you can augment reality to add more safety. Imagine if a truck was coming up behind you and you got an alert, or if something coming at your side and you’re moving, they alert you. You have such systems in modern cars, they stop a car from turning into something.

I make use a smartwatch to allow me to see what a message is about while moving and not looking at phone. They cost me more money than these Frames.

I chose about 18 years ago to eradicate driving from my life so my work commute and my shopping is all done via bike. So the cars hands-free and other safety features need to be also available for those who trying to lower congestion and carbon footprint. More people will be forced to bike as fuel costs rise and population growth causes congestion, so I’m happy to help solve problems for me, give beta feedback, so others see a better product faster.

We can but ask!

So to keep this top of Soundcore engineer’s minds. Never rest! Here’s a summary of musings, ordered in what I want most at top: Slim wired buds uprated. Add Ambient and ANC and Partycast II. I don’t want TWS. A small speaker - Nano II, with IP...

With one eye on our carbon footprint and it’s one thing us doing things in UK to lower our footprint, but it is possible for our made-in-China products to be heavily reliant on coal for energy for manufacturing. So I don’t buy stuff just because I have the money, but when it fits well into life. I don’t buy much and when I win something I gift away other items so help prevent them buying something. I won’t buy these Frames as i can see they can be improved and probably in a few months I’d end up owning two Frames and one not used much. So waiting.

But an evolvement into something like you mention below would almost certainly be welcome. And have the potential for vision for rear view camera or a LED indication of things approaching from the real. But equally the pitfall that some will try and watch video while on the move and end up causing an accident

Also you can imagine, so I’m inventing it here now, you can augment reality to add more safety. Imagine if a truck was coming up behind you and you got an alert, or if something coming at your side and you’re moving, they alert you. You have such systems in modern cars, they stop a car from turning into something.

Nice review, but I had a question about how well someone can hear them next to you? Sitting next to someone, can they hear a phone call or the music you’re listening to and actually decipher what’s going on? Just wondering from a privacy aspect.

Another short video from Ryan?!?

Adam did a live demo and I asked them you can see it here.

That answers my question! Thanks for the link