This is my video and written review for the Anker PowerHouse II 400. Thank you for Anker for providing this for testing. 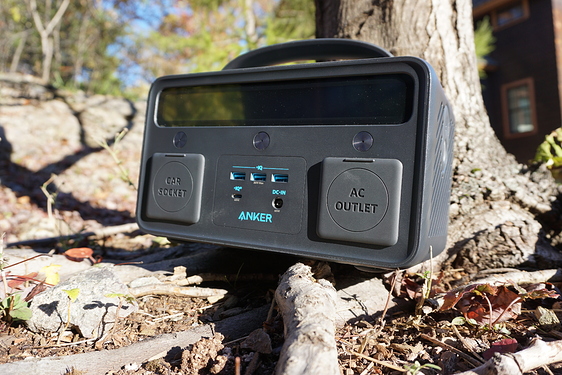 All the outputs and the screen are on one side of the Power Station.

Above the buttons is the display. This display tells you your remaining battery life as well as the current input and output. The input shows you the wattage coming in as well as the estimated time to a full charge. The output shows the combined output from the AC, DC and USB outputs. Below that, it indicates the estimated battery life of the Powerhouse if the current load continued. This is much more informative than just guessing based on a percent. This display also notes you are running 50 or 60 hz mode or if the battery is too hot or too cold to run.

Both of the short sides of the Power station have a cool black and blue vented design. I am not sure if the vents are functional to help keep the battery cool but I didn’t notice any excess surface temperatures in use.

Opposite the outputs is a cool ambient light. This gives off 3 levels of warm light from low to high. On the last short side is the flash light which has a low and a high beam as well as an SOS mode that blinks SOS in Morse code. These two light features are definitely an added plus when camping! 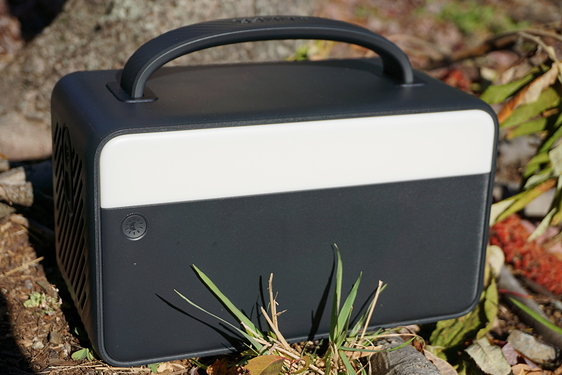 On the top side, we have a sturdy soft touch carrying handle, which unfortunately doesn’t fold down. 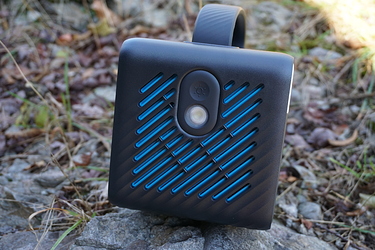 So testing this in the middle of a worldwide pandemic, I wasn’t able to go on any road or camping trips. I thought an more appropriate real-life test in the time of remote working was to see if I could work an entire day outside using the Powerhouse II. So I took my picnic blanket and my cat and set up the Powerhouse II 400. I can successfully say that I was able to work an entire 8 hour day off the battery. Working in IT I have two computers, a 2020 Macbook air and an older Dell Latitude 7480. Charging the Macbook air via USB C PD from 10% while actively using it took 18% of the Powerstation. The Dell is much older and it’s battery does not last long, but charged up from 10% using 12% of the Powerstation. Overall, I had my phone plugged in to maintain charge while running a hotspot and I ended the day with 63% on the Powerstation. I am definitely going to take this with me the next time it is nice out to work from the park. 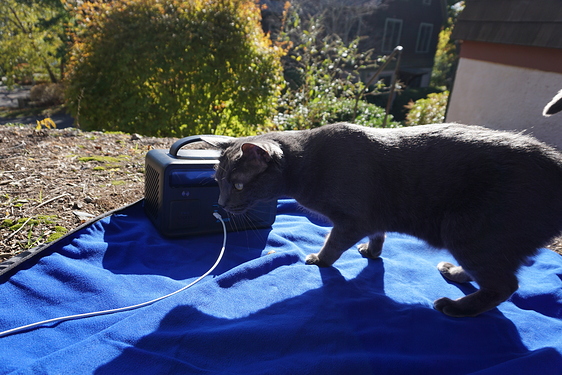 I did some more detailed testing using my trusty Kill-a-Watt and USB testers. I was able to verify Anker’s claims of USB output performance. The reported output on the display differed slightly from measurements taken from my USB meters and charging devices. But this is within an acceptable margin of error and I imagine there is some phantom power draw from the display and the electronics controlling the output.
When you plug in a new device to the PowerHouse II, there is no interruption devices already being charged. This is important for devices that you don’t want interrupted, like a usb security camera. This contrasts with some RAVPower products that I have used before. These products will stop charging everything when it renegotiates the power to each port. 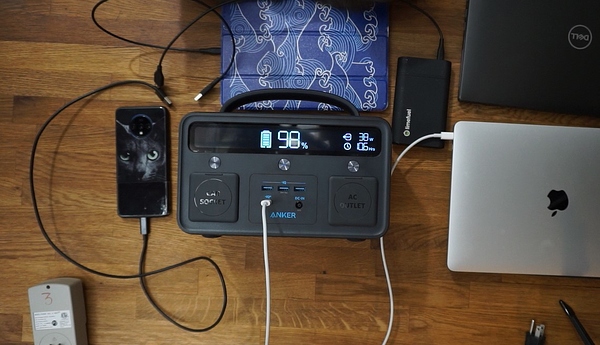 I stress tested the device by charging a combination of old and new Macbook airs, a 15 inch Macbook pro, Dell Latitudes via both Power Delivery and AC charging, an iPad, a battery bank and my phone. The Powerhouse did not sweat it one bit. You could charge even more if you plugged in a DC car charger with more USB ports.

I found one oddity, when I plugged in a Vornado fan to the AC outlet. The fan made a strange buffeting noise that did not happen when plugged directly into the wall. I am not sure if this is because of the 110V vs 120V standard in US homes or an issue with the sine wave output. This is weird because anker advertises fans as a use case on the product page so your mileage may vary. I did later test a tower style fan which didn’t have the same issue so it could just be that specific fan.

Besides working outside a couple of times, I’ve also used the PowerHouse on a couple of used PC part purchases. I’ve been able to test computers that I buy on Facebook marketplace by plugging them into the Power station. Even powerful gaming PCs don’t typically draw more than 300W on idle/boot.

Overall, I definitely recommend this product. It’s positioning is interesting, offering nearly 400wh while the competition usually offers 300 or 500 wh. Looking at PowerStations on the market, only a few newer models offer USB PD. The closest competition is the Jackery Explorer 300 for $350 and Goal Zero Yeti 500X at $699. The Jackery offers less usb ports at a lower capacity but has 1 more AC outlet. It has 60W PD for output only. It can’t be charged via PD. The GoalZero has more capacity, a second ac port, a PD port for both input and output and an additional 18W usbc port but costs a lot more. So the Anker Powerstation II 400 is quite competitive at 399 on Amazon. At the time of this review, there is a $60 coupon to clip on Amazon. 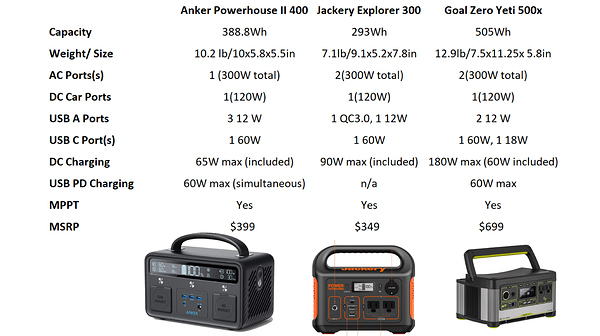 Awesome great review
One question how bright are the two lights on it?

Good written test and nice photos.
As far I see you got a perfect little helper!

Nice review, would have liked to see some real “heavy load” testing, but nevertheless, good one!

Nice review and nice pics too

and a lot of details

And I love the cat 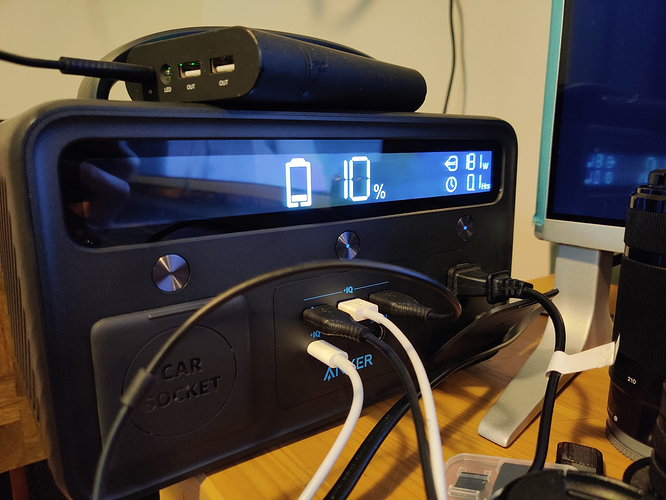 Thank you! Haha he is just there to chew on cables and look for loose cable ties to bat around.

Great review and comparison there! Is the ambient light you mentioned the white strip on the back? Would love to see some photos or videos of those lights in the dark if it’s not a hassle for you

Great Review and I loved the video!

Sharp review, well done, looks like you put it through some good testing. Awesome outdoor photos, and cute cat… esp the background phot on your phone.

Thanks for the effort @betapilot211