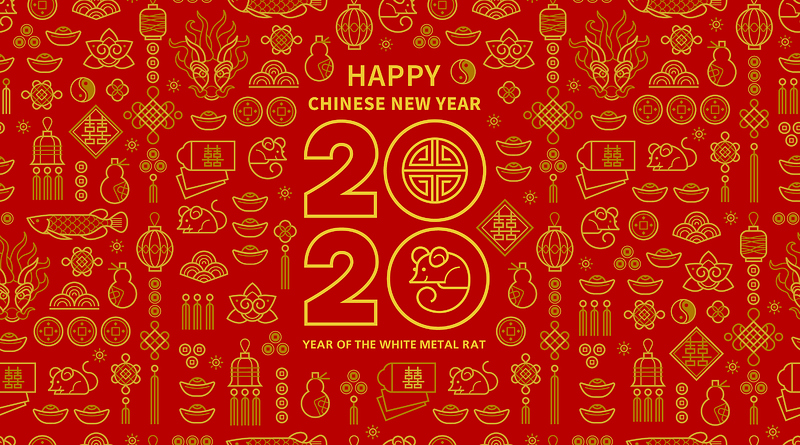 Unfamiliar with the captivating language of Mandarin? 新年快乐 (xīn nián kuài lè) is a phrase all Chinese speakers the world over will be familiar with at this time of year: Happy New Year!

That’s right, Anker aficionados. Chinese New Year is here once more. As per our usual routine, all of us here at Anker Towers will be taking a break from January 24th through Feburary 2nd. During this time, expect less communication from us here on the community.

This year marks the start of the Year of the Rat

, so to celebrate, we thought we’d share a legend of the Rat and how it became a part of the Chinese Zodiac.

Behold the Rat, First of the Zodiac
According to Chinese myth, the Jade Emperor said the order of the Zodiac would be decided by the order in which they arrived at his party. The Rat tricked the Ox

into giving him a ride. Then, just as they arrived at the finish line, Rat jumped down and landed ahead of the Ox, becoming first.

New Year Taboos
Chinese Spring Festival is awash with fascinating cultural traditions and practices, including some ancient taboos that could spell disaster for you.

To ensure you remain lucky this New Year, we thought we’d outline a few of the activities to avoid over Chinese New Year.

Eating Porridge for Breakfast
Drop that box of oats now, buddy boy! Well, on the first morning of the Chinese New Year, that is. In the past, many people could only afford rice porridge, resulting in this tasty favorite to be regarded as a sign of poverty and misfortune.

To avoid your own financial woes, stay clear of this breakfast staple and instead opt for dumplings—or milk and cornflakes.

Taboo Words
Sticks and stones may break my bones but words… well, according to Chinese myth, the wrong word can spell doom for your hopes of prosperity this coming year.

Crying
Dry your eyes mate, or misfortune will befall you this New Year. Yes, we’re serious. According to Chinese tradition, the cries of children (or adults, for that matter) can herald a year of bad luck.

So how to avoid the cries of children over Chinese New Year? Answer: spoil them rotten!

Let us know how you’ll be avoiding breaking these taboos over Chinese New Year, as well as of any taboos you avoid in your daily life.

Best Wishes for the Year of Rat

I will probably accidentally break the taboos within the next 24hrs. I guess I’m going to have a bad year

Happy Chinese New Year, to you all at Anker Team @AnkerOfficial and Community Members!!

I really loved reading through the post, thanks for information!!

and have a good vacation! Well deserved time off, hope you get to spend quality time with your near and dear ones Anker Team!!

@AnkerOfficial should it be lunar new year?

First off, I love posts like these. Love the story about the Rat and Ox. Happy Chinese New Year

I remember celebrating Chinese New Year when I was living in Chinatown as a youngster. Being a part of the Chinese New Year was a great experience. My Kung Fu class and I would take part in the Chinese New Year parade. The smell of firecrackers being lite, watching the lion dances, and seeing all the people come out to celebrate was a happy occasion. Oh, and don’t forget the Red Envelopes

That porridge will kill you

As I think the first day is a Saturday (?) I’ve at least got the porridge thing whipped…it will be huevos rancheros or a fry up for breakfast

Happy Chinese New Year to the Anker team! Enjoy your time off!

Thanks for sharing the story behind well worth to read through and understand traditions… .

Happy new year to you and yours Louise ( @AnkerOfficial )

I am liking the clever rat!

I am a rooster apparently, not sure how that goes?

Well as we are family, and some like me, are big kids, does that mean well get spoilt too? Hahahaha

This time of year, regardless of wealth, oat porridge is a staple … It’s filling, it’s good for your insides, and made with milk n sugar it’s tasty. … Plus with me not having any teeth, it’s one of a few things I can eat without worry if I have to chew or not! It’s considered more old fashioned than a sign of poverty.

Hope you have a great time off with your family, and share many red envelopes and get many too. Here we say…its better to give than receive.

What will you do with your time?

NOTE: The actual date of Chinese New Year is this Saturday, January 25.

Interesting. Are kids really happier if you spoil them?

Or would they come to expect it and complain when things don’t go their way?