Apple's next iPhone Pros could have camera that scans 3D objects, says

Apple’s next iPhone Pros could have camera that scans 3D objects, says…

Another day, another report on what Apple might be planning for its next iPhone update.

There were already plenty of rumors about the next iPhone adding a time-of-flight sensor for better depth recording. On Thursday we can add yet another claim to that growing pile.

In a note to investors spotted by CNBC, Barclays’ semiconductor analysts wrote that the forthcoming iPhones will boast a “refreshed” version of Face ID for facial recognition, as well as supporting those rumors of the higher-end “Pro” successors adding a time-of-flight sensor on the back to help with 3D image capture.

The exact new features of the updated Face ID weren’t shared. In addition to assisting with AR, the new rear sensor could also help boost portrait photos as it captures more depth information about its subject.

Time-of-flight cameras are already found on phones like Samsung’s Galaxy Note 10 Plus and are expected to appear on at least some variants of the Galaxy S20 Samsung is rumored to introduce on Feb. 11.

The new sensor was previously said to be coming in updates to Apple’s “Pro” model iPhones by noted Apple analyst Ming-Chi Kuo. Kuo also reported that Apple plans to release four new iPhones, all with OLED displays and support for 5G in a design that is similar to 2010’s iPhone 4.

Apple traditionally updates its main iPhone line in the fall, so the wait for the next major version could be a while. The company is, however, expected to introduce an iPhone SE successor, with a design similar to that of the iPhone 8, in the first half of the year.

Apple didn’t immediately respond to a request for comment.

May be the AI acquisition (the one previously used by Wyze) may be one of the moving parts of this in the grand plan by Apple.

Interesting speculation but I think they need to sort the lens flare issues on the Pro before doing anything else with the camera array.
Mine was so bad i sent it back and am changing to Samsung.

Lens Flare? I have not read about it earlier, but will check it out, thanks for the information… was planning to upgrade to it this summer

Ill add some pictures here of my experience when i get home later.
Ive been an iPhone user since the 4, i was gutted but looking forward to getting the new Galaxy.

Hey you go @Shenoy
The firework was a grab of a video, in the video I was noticing fireworks coming down from the sky kind of in mirror image to the actual fireworks.
I spoke to Apple, twice, and got almost word for word the same response “all cameras suffer from lens flare” that’s it! 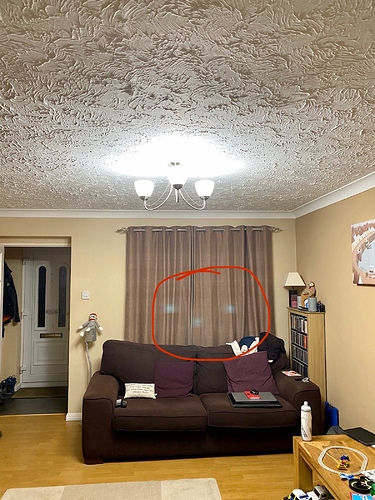 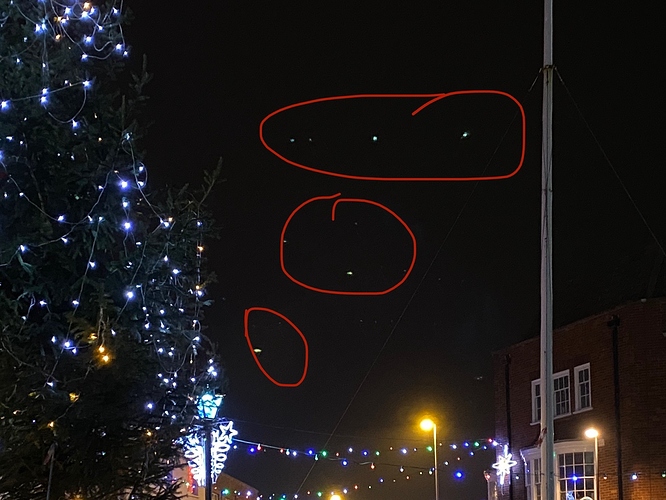 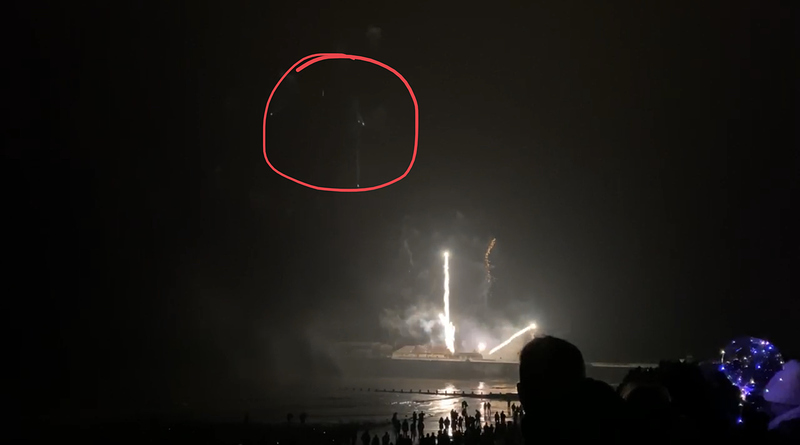 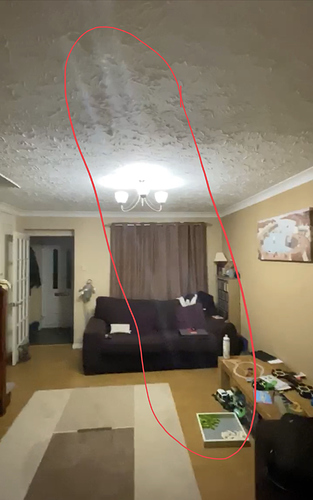 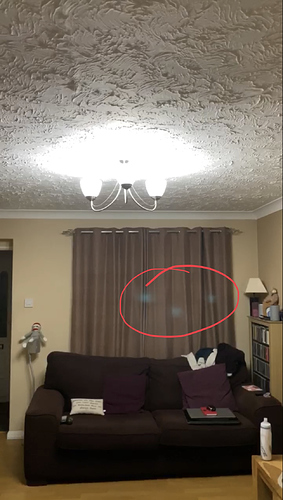 @paulstevenewing really appreciate you going this extra mile to help out

too much of glare, annoying and destroys the photos

was this specific to your iPhone or is this an issue across 11 Pro?

Will be at local costco tomorrow, and will test it there at verizon counter

It’s an 11 Pro thing.
In exactly the same scenario (in my house) I took the same shots with my neighbours 11 (non pro) my old iPhone 8, my iPad Pro and an old Galaxy, none display the same effect.

Hers a couple of Youtube links,
This is an upload by someone who thinks his footage is awesome but there’s loads of light leakage/flare/distortion throughout the clip.

Here another of someone actually complaining of the problem.
It seems worse and night shooting toward light, but not acceptable for a phone that cost £1299, that wasn’t acceptable to me.

If you search YouTube for “iPhone 11 Pro lens flare” you’ll see a growing amount of users with the same problem.

I didn’t notice it until we went to the firework display and I was watching back the footage, it was my first use of the camera at night.
I went on to taking night shots of street lights and shop windows and was getting all sorts of problems.
If I hadn’t used at night I would have noticed but that doesn’t make it acceptable.

I’ve decided to enough is enough, the last Apple phone I’ll have.
I don’t think I’ll be able to part with an iPad for a Samsung tablet though.

I gifted S10 to my wife last month, and photos are top notch, much better than what I take on iPhone X or 8, though I dont like the interface of the android.

Wish I had kept my 8.
Although my all time fave was the iPhone 5.

I’m struggling with it big time as using a 5 year old Galaxy S5.
I’ve had a play with the S10 and it seemed ok.
The thing is I’ve been with iPhone for so long it’s gonna take a while to transition.
What did you think to the pics and vids above @Shenoy

Interesting about the lens flare. My brother and his wife love their 11 pros and have no issues with flare. My wife is planning to purchase a new 11 I may have her wait since we do a lot of concerts and do a lot of pictures at night.

Saw those videos, agree with you the glares tend to get worse at night… 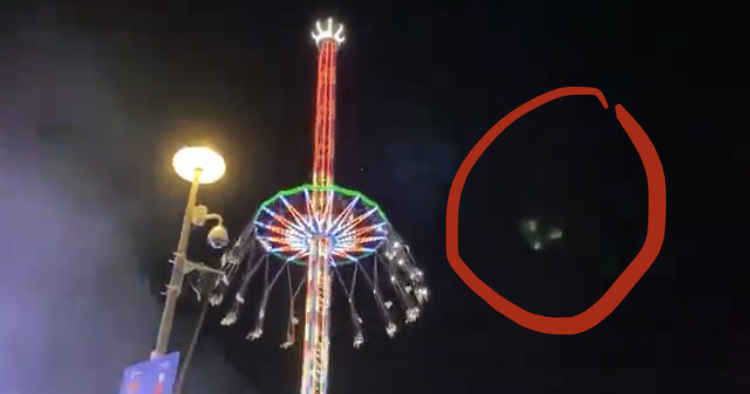 Just saw a profile Pic of my friend on whatsapp of a waterfall in the evening light, it had a glare, and I asked him if he had upgraded to 11 Pro, bingo!! So now we know when people take pics with 11 Pro

Must be really frustrating for such an expensive phone

Yeah, and once you’ve tuned into the problem you see it where others don’t - until you tell them

ha ha… like the “hiss / white noise” in hearing

Hey @Element321
Maybe some phones suffer more than others, or maybe some don’t notice if they mainly take shots in daylight.
But reports seem to think this is a hardware issue not software, I agree with that.
There seems to be a growing number of people who are reporting problems and sharing them online.
I’m not an Apple hater, in fact I hate the fact I’m changing brands. At that price I just can’t accept a fault that big.

I was about to exchange my Note 8 for a iphone 11 pro after seeing some of the pictures. But I’d have to sell my new Samsung Active 2 watch I just bought a month ago as well. Not only would I have to buy a new phone I’d have to pay a ton for the Apple Watch.

After seeing this report I will wait. I will be that guy with Android phone and Apple iPad Pro

After seeing this report I will wait. I will be that guy with Android phone and Apple iPad Pro

You and me both.
I would consider a Galaxy Tablet, I will certainly take a look at the new ones (S7) due out August/September.
Although initial basic investigation seems to point to a lack of tablet compatible apps compared to iPad/iOS.

I haven’t been impressed with Android tablets for a few years now. I apple tablets are more useful and they seem to last longer.