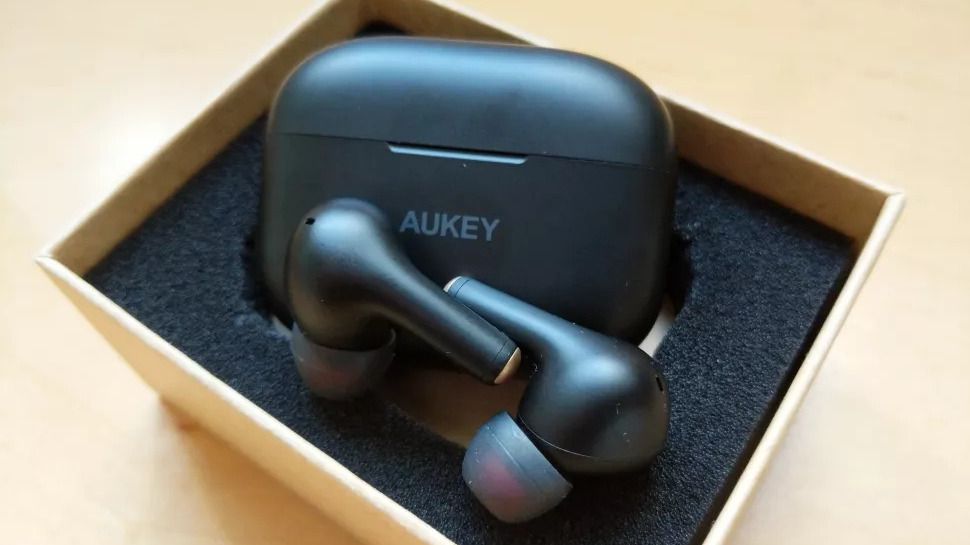 
This is crazy. Good thing I’ve never heard of Anker paying for good reviews, or anything like that. So luckily our favorite brand should be in the clear. As far as I know Anker and Aukey sold kinda the same type of products, but MPOW did sell some nice single-ear bluetooth earpieces, which I don’t believe Anker sells.
I’ve never even heard of “Tomtop”.
4 Likes
Chiquinho May 15, 2021, 7:22am #2

I wrote many reviews for ANKER in the past at amazon.de
I was never paid for.
I could keep the item I tested, that was all.
And my reviews were always critical with pro and cons.

I’ve never observed Anker pay for fake reviews on Amazon, I have heard of them helping resolve customer issues and asking for a low review to be revised. That I never thought an issue as if you have had your experience revised, your opinion should be revised.

There is an indirect review based issue all share, including Anker - reviews which are superficial and positive and links to affiliate codes.

A reviewer who has their own affiliate code, often on Youtube, earns $ via people buying on Amazon via their link, so they have a financial gain to be least the critical and most positive. That is not direct payment but is still a little icky.

This is significantly why those selected for testing have a large social media following, there is a win-win, the reviewer earns more $ from affiliate codes, and Anker gains more sales.

Amazon banning based on fake reviews is highly reasonable, outright lying, but there are degrees lesser of Amazon related overly positive and less critical.

Anker suffers from unreasonable negative Amazon reviews from users being ignorant. That’s partly user error not researching enough, partly Anker’s technical writers on Amazon listings , which ultimately is going to get worse as they are releasing products fast with subtle important differences.

Would be interesting what will happen if the few here doing some kind of private support would stop that.

I am sure these Youtube “influencers” will do!
Helping how to unpack!

Reducing quantity increases quality. Before the internet you paid for reviews via buying a magazine.

YouTube: It only takes 2-3 reviews to get a rounded view with good probability of a correct decision for your needs, any quantity of reviews greater than that just means more reviews ignored.

Amazon: To infer quality from reviews is dangerous as the negative are more Vocal than the positive.

Community: a review from an active member is the one to read.

What I really “like” are those “disassemblers”
Often so stupid and brutal.
I stop looking at those when I see how skilled they are.
Of course not all, but meanwhile too many.

I watched a video where a “specialist” opened the 11S and did a motor replacement.
The screws were jumping around.
All mixed of course at last of course lost somewhere.
I am sure he was never able to reassemble the RoboVac.

I have a few items from these companies. Never was paid to review them, was given samples and chose to post a review on Amazon. If Amazon gets this crazy over reviews, maybe they should just stop allowing reviews on their site unless it is a verified purchase. Honestly though, if a company sends you a sample and asks for an honest review, while it skirts amazon policy, it happens so much on their site anyway maybe they should find a better way, like asking in the review if you were given a promotional item and then excluding it from the ratings… I have seen many companies post a “Promotional Item” type disclaimer on reviews that were paid for.

unless it is a verified purchase.

You “buy” something and get the money back after the positive review is published.

I have a pair of headphones from Taotronics that I did a YouTube video review on in the past, my only incentive was I got to keep the headphones in exchange for a review similar to what Anker does. But shortly after that Taotronics, Auckey, and Ravpower which are all under the same umbrella company they started offering refunds on product purchased in exchange for 5 star reviews and its all over their Facebook pages, so its no wonder they got shut down for this practice.

I saw this the other day and then checked and there isn’t much of aukey on Amazon. It is definitely important to keep reviews honest

Taotronics and Ravpower are the same umbrella - Aukey is separate and a competitor. Taotronics hasn’t been touched by this.

And at one point about 5 years ago, all of them and Anker and half the companies on amazon were giving away free products for review - the separation wasn’t much. But when incentivized reviews were banned, most went along. I guess a few didn’t.

But if you have been trusting amazon reviews in general, start checking out https://www.fakespot.com or https://reviewmeta.com

Most products have a lot of sketchy reviews, regardless of site. The reality is that Amazon doesn’t care much, or they would have a system that required a history of strong customer support from all sellers, or substantial bonds that would be forfeit on proof of misbehavior or failure to support their customers. At this point, half of Amazon’s system is just flooded with knockoffs and fakes, to the point that real businesses with a reputation are reluctant to participate. They have to change something a lot bigger than knocking off a few egregious review manipulators to make their system trustworthy again.

Still a purchase, means you own the item. Whether your review is truthful or not really isnt the issue at that point. I get emails all the time from amazon sellers to buy an item and get a refund after a review. Targeting a handful of companies will not stop this honestly. But like I said, 2 of the 3 listed in this post have given me items to test regardless of the review for honest testing purposes. How amazon knows (and to an extent can prove it is overwhelmingly happening) it is pay to positive review is beyond me.

Hey @Tank
I’ve had a few offers like that from Chinese accessory companies offering part refunds or additional free products for “honest” 5 star reviews - the brazenes of it took my by surprise!

me too I did’nt.
What I did was translating manuals from (chinese

) English to German.
This was funny and could be made without the item.
The best was a baby bag with an integrated bottle warmer.
(chargeable batteries)

I’ve received credit back for my troubles from Anker, and got this 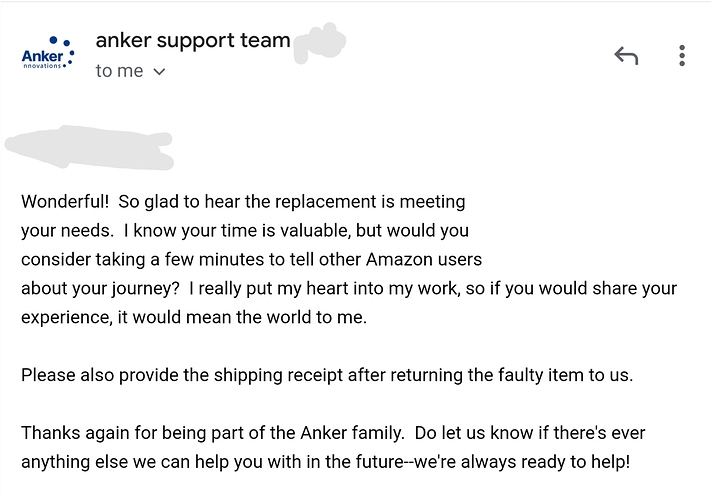 I never thought this was untoward, it is loosely money for positive feedback but I always thought it fair, to ask for a positive review for positive experience after a reasonable resolution.

If I understand correctly, the line crossed by the other brands was directly asking for 5 star? Above never asked for 5 star just asked for positive review to match positive customer service experience.

Hey @professor
I’ve had them too after comms with support, completely acceptable in my mind.
As you say, Anker asks for feedback, not specific feedback nor do they offer free stuff in exchange for specific feedback

Hoho!
I never got any replacements.
All items are working perfectly.

The only thing we did:
We swapped the left brush motor of “old Willy”
Now he is strolling around like a youngster in the living!

I’ve likely bought more total Anker than you over the years, I bought for whole family, and would buy new for myself and gift old out.

Having said that I’ve had tiny number of service issues. Which annoys me a little as when people vent here “never buying Anker again!” I struggle to reconcile with personal experience, as I find total issues small % and all my issues 100% resolved satisfactory, implying others just get a bad 1st experience and so imagine a bad brand which is unfair.

I never got any replacements.
All items are working perfectly.