@yamyam, be prepared to get stuck with the rectangular zones. I had feeling with current version of eufycam the multi-point polygon zones may not be feasible. I’m
waiting for confirmation and more details.

@yamyam, be prepared to get stuck with the rectangular zones. I had feeling with current version of eufycam the multi-point polygon zones may not be feasible.

This would be a eufy / anker SCANDAL AND SHAME, and not acceptable at all!

Agree… today I’ve had motion detection set on 60, the motion areas set and the camera has recorded 48 clips. Not sure how it can also double record at the same time. There are a few times eg, 1:22pm there are two recordings at this time for the same cam

Anyone alive? Anything new? Anyone at all working to fix/improve/perfect the eufy cam “Activity Zones” so they will work as they should?!

In a current computer magazine there is a detailed test and report of security cams: 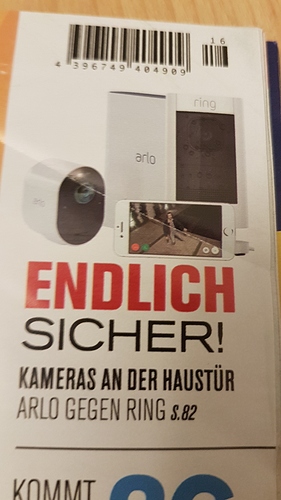 Sadly, eufy cam is not part of the test, report and comparison. But they have one big advantage:
Their activity zones WORK and they work AS THEY SHOULD! 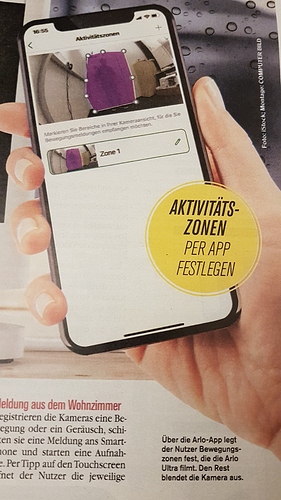 Translated: The user defines motion zones via app, that the arlo ultra then records. The rest is faded out by the camera.

Why does anyone else can do “multi-dot flexible activity and motion zones”, where only activity which is motion triggered INSIDE OF THE ACTIVITY ZONES is recorded, but not eufy?!

Common, you showed us on another (much cheaper and smaller) eufy product that you are able to do it right. So why do we need to wait several weeks already again until an update or at least any announcement or official statement about it?

Your “hush-up strategy” is not a solution. No.
And the competitors are not sleeping!

Hi there. The activity zones feature is now buggy and not doing what it should, and therefore useless, for over 2 months already(!). When will the hardly needed update come, to fix this and make the acitivity/motion detection zones workable as demanded and already available for another eufy product in a perfect implementation?!

Every motion detected on the whole camera picture is recorded. So the activity zones I’ve defined (for the moment restricted to 3 rectangular areas) are not taken into consideration.

I get also a push notification for everything (motion detected in and out of the activity zones).

Eufy: can you inform us about the roadmap when this will be updated?

To be concrete, we would need exactly two modes for the activitiy motion detection zones:

Those two modes would satisfy the needs of like everybody and would finally do what we all expect of a activity motion detection zones to do. Not more, not less.

We do need to be able to change the shape! These boxes just don’t work well and either include areas you don’t want, or miss them out because they are inflexible.

I’ve set zones, but still get notifications even if someone/something isn’t in the activity zone - so very much a beta

Yep same, got 3 zones in the garden to get as much of the garden as possible without going over the wall & still have events from cars going past nowhere near the activity zones

@yamyam - I have Arlo but the app’ activity zones are rectangles, not polygons… The downside of Arlo (I use them since they published their very first come many many years ago, and usually upgraded to the latest cam - except the latest one), is that often they only give features to new products. Seems same here. Wich is a shame as the software would certainly allow also the “older” cams to have polygons.

@AnkerSupport - sorry, but you’ve lost me. Biggest Kickstarter invest I ever did (had 6 cam ordered), with the promise of geofencing, zones, HomeKit integration and long battery life. The latter is true, but STILL no signs of geofencing which is ESSENTIAL for a home surveillance system in a SMART home, and no HomeKit. And JUST now Arlo has integrated nicely into HomeKit… seems I stay onboard with the big guys now. Sorry.

Absolutely! By doing nothing since months(!), except some non-important mini-updates/fixex, they lose reputation day by day! They give a s**** about us and the plenty open issues in the meanwhile. Thats a big shame! You already abandoned the eufy cam, not even one year after release!

Your discraceful proceed and dealing with customers needs and product issues will NOT AT ALL bring me and other to buy other euf products - like the new RoboVacs! So this way you double damage your profit and reputation. Wow!

But sure, you will not answer or react on all those critics. For what reason? You already earned enough with eufy cam and squeezed the customers. Hushing is the current currency.

If we would be in a dating show, i hardly would say:

This discussion is from a year ago, I assume it has not been resolved?!

You are right @dsismanis - it’s still eufy/anker … don’t expect wonders or that they listen what we need or want.

Just asked the Anker team why their video doorbell 2k has customizable smart detection zones and my Eufycam 2 cams not. I believe many of you would agree with me that such a feature is more (or at least just as ) usefull to have on a surveilance camera.

I believe many of you would agree with me that such a feature is more (or at least just as ) usefull to have on a surveilance camera.

Indeed! And we are telling this eufy/anker for over felt years already, they ignore us.

The doorbell has same features as the surveillance cameras. Every time someone is spotted in the camera, ringing or not the bell, I receive a notification.

Wow! Over 2 years and I’m having the same issue. My doorbell is 20 ft away from the street under a covered porch. I woke up this morning to 10 motion detections of CARS going up my street. Yesterday it was 6 cars. NO HUMANS which is what I have it set to detect. This did not happen when I put up the doorbell (battery operated) 4 weeks ago. I have tried resetting the Activity Zones so much so that I barely can capture a real person at my door.
Beginning to wonder if Aker/Eufy has stock in a battery company. Capturing every car is draining the battery. And speaking of battery, why not make it easier to remove the dang thing???