Loved the review and photos @MaplePH

Good review and photos. Btw does this get hot? I won a Atom PD 1 while back and tried to charge my iPhone 7 but got seriously hot and made my phone very hot too.

Thank you for your review!!

I guess @professor may also be able to answer this question

He’s done a comprehensive test on it too

Good review @MaplePH thanks for sharing!

I didn’t notice it got too hot just usual warm, I will check it again after charging an empty phone later.

A more full time tester would have a thermo camera, I just touched it, it’s just warm, cooler than skin temperature.

No. I did a full load test, I have a device (a large tablet) which pulls full 18W for some time, this charger got slightly warm, not hot.

So Anker is not saying much publically, but seems there is more going on this last 6 months than just GaN, there is more integration of components. I don’t confess to know this all 100% but I’m still learning.

Also the UK version is a different physical shape. The least thermally efficient shape is a sphere, it has the smallest surface area to volume ratio. The nearest flat-sided shape to a sphere is a cube. For example if you had a cubic meter of something, in a sphere it’s surface area is 2.26 sqm, a cube of 1 cubic meter is 6 sqm. But a slab shape of say its shortest side is 1/8th of it’s longest side has a surface area of 11sqm. So a slab is is nearly double the surface area of a cube for any given volume.

So the UK version is more slab like in shape than the US version. The radiation is therefore spread out over more surface area so for any given energy lost as heat, the surface is cooler. They also placed the widest side hugging the socket so there is more conduction heat loss into the plug.

Anker is though missing a trick, the Earth pin, which you must have, even if not required for earthing, could be made of metal rather than plastic and used purely to conduct heat away. Hopefully they learn that trick eventually.

and made my phone very hot too

That is not the charger’s fault. That’s the iPhone’s fault. The chargers are probably around 95%-96% efficient as they are only to do electronic AC-DC conversion. The iPhone is doing both DC-DC conversion, and recharging Lithium, and operating itself as a phone all at the same time. There’s nothing Anker can do about that. The iPhone is making about 10 times more heat than the charger over the same period. I’m guessing you were doing things like touching the iPhone while recharging? That prevents the phone from going into low power mode, and (if you did touch the phone) you caused the phone to do more work during recharge.

If Apple wanted to make their phones better, they can borrow tricks from say OPPO who move the DC-DC conversion into the charger. The nearest equivalent to that is Power Delivery 3.0 PPS (Programmable Power Supply) which allows the phone to tell the charger exactly what voltage it wants. That then offloads the stepping of DC into the charger so the phone doesn’t have to do it. That will make the phone cooler. Anker is releasing PD PPS chargers, initially a 65W.

If I wanted to be a better reviewer I’d buy:

@Shivam_Shah just tested to charge an almost empty phone for an hour and it doesn’t get hot, just slightly warm.

I wasn’t using my phone at all. Made sure of that because when I got my Atom PD 1, I immediately started testing that with the USB C to lightening cable and compare that with Apple charger to see which one is better. The first charge seemed to be too hot so I decided not to do that kind of 0-100 test again for phone’s sake. Thought it wouldn’t be good for my phone to try fast charging when it’s not capable. But yea Anker might’ve changed some things since that first product and shape is probably more of a factor in this case

Glad it’s working out properly for you! Might have to try charging my phone with the standard Apple charger to make sure of the difference. Have literally been charging through my laptop for a long time since my laptop gets charged quite often so carrying an Anker USB A to lightening cable instead of carrying the charging brick as well

Yeah there are strong hints the UK Nano is electronically different than the US Nano. To contrast, look at say the dual 12W charge US vs UK 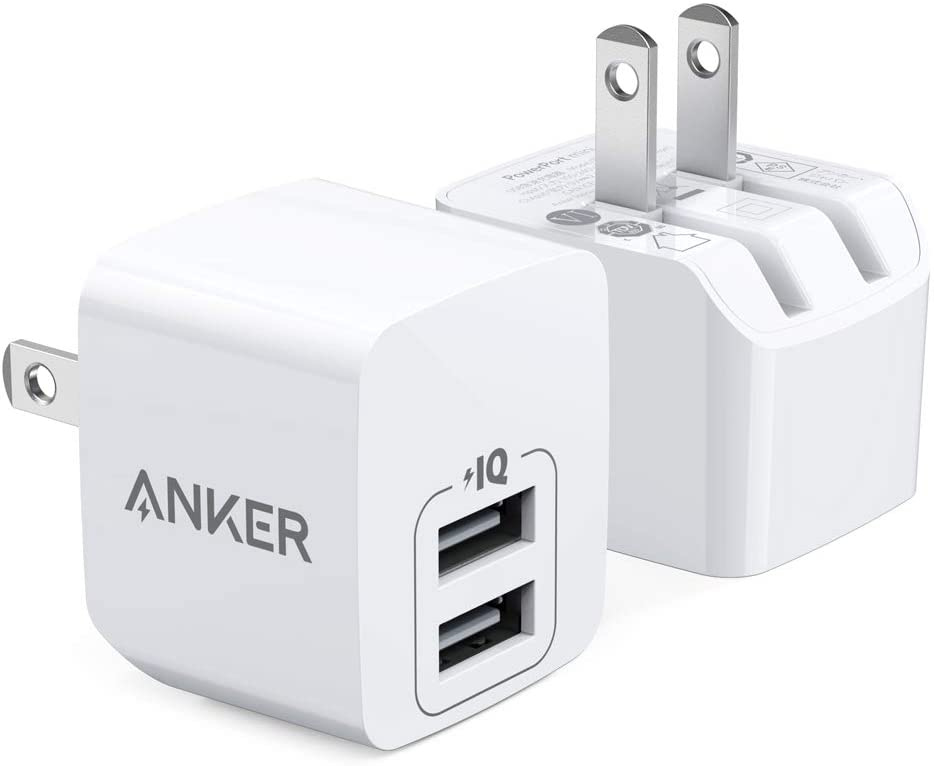 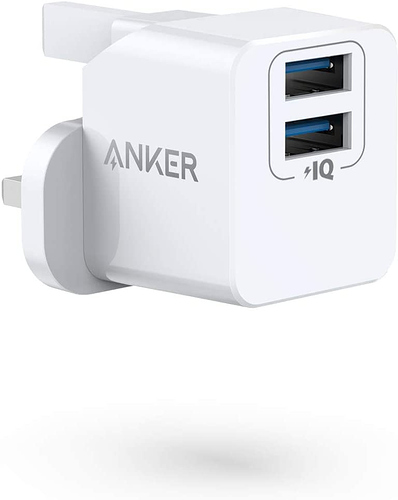 You see the UK version is simply a different shaped pin+plastic on the US model.

But the Nano US vs UK 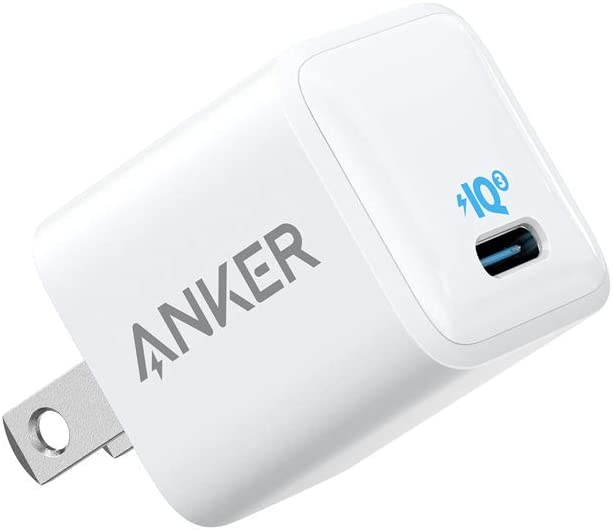 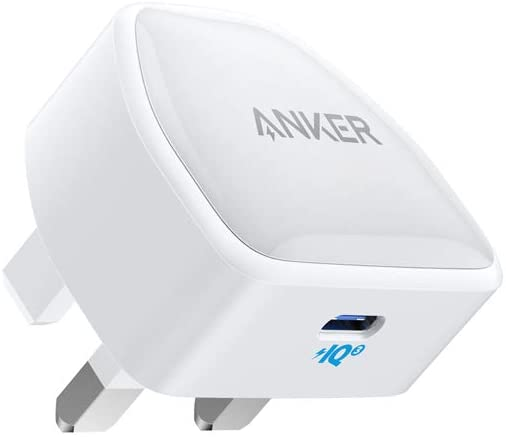 I’d have to do a teardown to really look at differences. I am doing some electronics courses online currently but am just an enthusiastic amateur.

Yea US laws are kinda weird. The only 3 plug socket I have is my laptop charger. Other chargers don’t have that. And the newer laptops with USB C charging has the same 2 pin chargers instead of 3

The UK Nano has just a plastic 3rd pin, it is not active. The UK plug has covered positive and neutral holes and the longer pin pushes up a spring-loaded cover to reveal the holes for the shorter pins. So Anker has to have a 3rd pin for it work in UK, but it’s dumb plastic for mechanical not electrical reasons, not actual Earth. USA the 3rd pin is optional.

I am referring to the electronic differences within.

The UK 3rd pin in this case could be used to simply conduct heat from the charger to the wall. They may be doing in the 2 existing pins.

Ok makes sense now. But I still prefer the UK style over US because I remember those kind of sockets from India lol

I feel differently. For travel / pocket small chargers, I prefer the US folding pins as these tiny chargers are halved in size with folding pins vs UK protruding pins. For more beefier larger chargers, the folding pins has proportionally less impact on size and also the larger chargers fall out more easily in worn 2 pin US sockets vs stay in better in sturdier 3 pin UK sockets.

For this reason, for UK travel chargers, there’s little to gain with these tiny chargers, so might as well make them dual socket and say 30W minimum. For US, a 12W or 18W folding pin small charger is a perfectly reasonable thing to own and use travelling.

Interesting point of view there and I see where you’re coming from. To me, I always have room to store my chargers somewhere so don’t really care about the size difference tbh. If I really didn’t have room, I probably won’t need a charger anyway such as going out without any backpack or anything like that

Love the charging screen on the Xiaomi Mi 8

But that is an electronic nonsense sentence.

When “magnet” is mentioned it usually means a permanent magnet, e.g. a steel pin would stick to it.

There is use of non-permanent metal like iron inside every charger, they are placed inside coils of wires in inductor to improve performance. They could be referring to a special alloy which is more efficient.