I’ve had the Soundcore Boost 20w since the summer and have a spare 10 minutes so thought I’d put pen to paper and share my experiences. 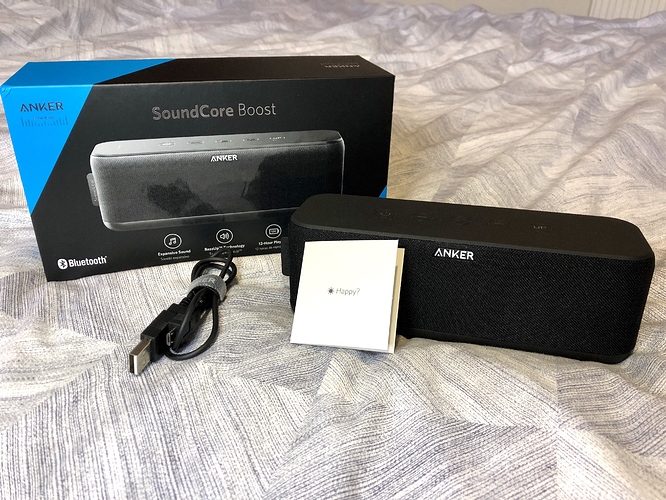 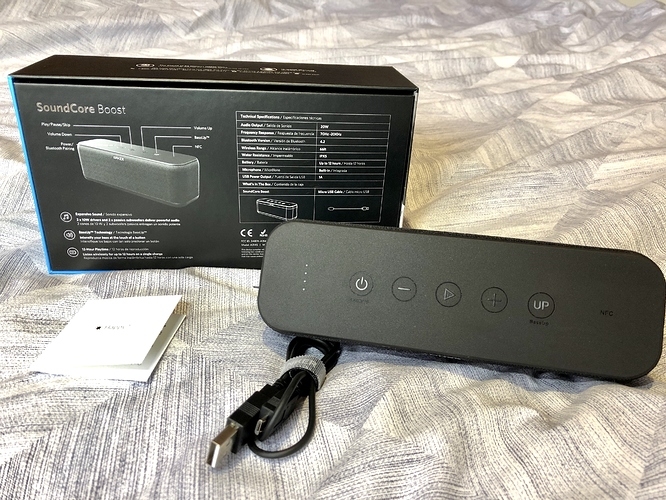 First impressions;
It has a nice feel and finish with a good weight to it - not too heavy that you wouldn’t want to take it out and about but enough to inspire confidence that it would handle the odd knock and bump.
The top and bottom have a rubberised feel to them with black cloth going around the middle section. 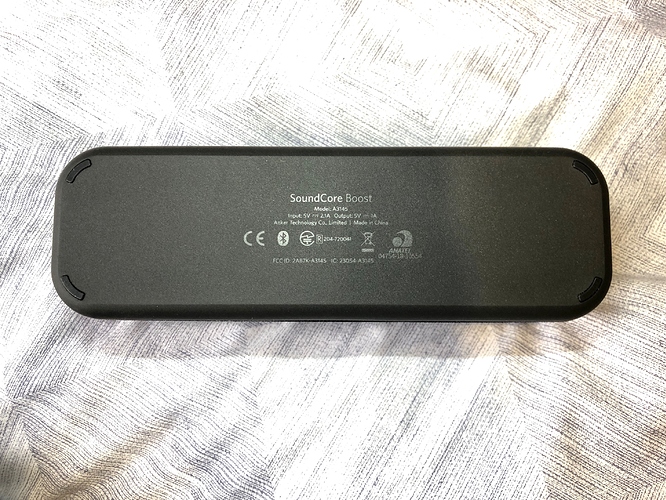 Setting up;
What set-up?
Press the power button for a few seconds to enter Bluetooth pairing mode and search for SoundCore Boost device on your device.
Job done!

Sound;
Sounds pretty decent. I compared it to a few similarly priced speakers which didn’t quite do it for me.
I think I would class the sound as being focused on the mid to low end scale, there is some detail in the sound and the vocals are not great but acceptable.
Frequency response is claimed as 70-20Khz.
It has good volume,and has performed well on the patio for summers BBQ’s.
BassUp gives a much deeper sound built can be at the detriment of mid and high frequencies.

Battery Life;
At above average volume I’m getting about 10 hours from the battery.
It’s a 5200mah battery.

Inputs;
Bluetooth 4.2.
Connections are on the left side under a rubber flap.
Aux in for audio.
Micro USB in for charging.
USB for charging another device.
This also has NFC for instant pairing.
This unit is IPX5 rated so will be great if the summer BBQ’s get a little out of hand.
This can also be used as a PowerCore and has an IQ USB output. 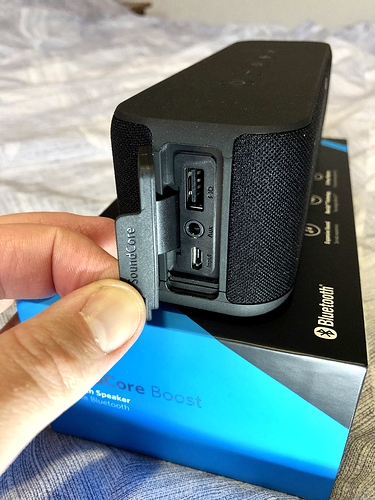 Conclusions;
Great battery life.
Nice sound.
Good controls on top.
Can be used to charge other devices via the USB output.
Feels solid.

Some might say this is the ugly sister of speakers. Yeah, you can’t argue with that but for my use looks doesn’t enter the equation.

Nice review you wrote and good photos you have taken.
Thank you.
You might have much better sound by using a usable eq.

This speaker isn’t supported by the app

Aha,
I didnt know, because I dont use that app.
“Old Neanderthaler” hasn’t any apps.
No not true!

I got one from my health insurance to take photos of doc’s bills.
GREAT!
Really weird verification methods (CE laws from Brussels

I can not imagine how an old person can ever manage to install this app properly.
Eg: You have to take a photo from a QR-code which shows up at your mobile (tablet) with the SAME mobile (tablet).
( I took a mirror…hehehe… old sly Neanderthalean… worked!)

It would of been nice to have had coloured or backlit buttons on top of it as they are a bit tricky to see in a dimly lit room.

Making all the buttons back-lit would have been a nice touch.

Great review, thanks for sharing! I have this speaker myself and it is pretty awesome.

Glad you liked the review @andrewGholden374
It’s a neat little speaker, the boys at work enjoy it on a Friday afternoon at work when we play it loud

Great job with the review and pics

Thanks as always @Nhi

Great job on the review with equally great pics!

This we were talking about often.

And I do always have problems to connect the USB-micro the right way in that “dark hole”.
I marked it with a little piece of tape. No doing a little better.

This is the reason I need USB-C!

Thanks for sharing！ Your review means a lot to us