With Anker USB-C chargers you could go to the Moon! 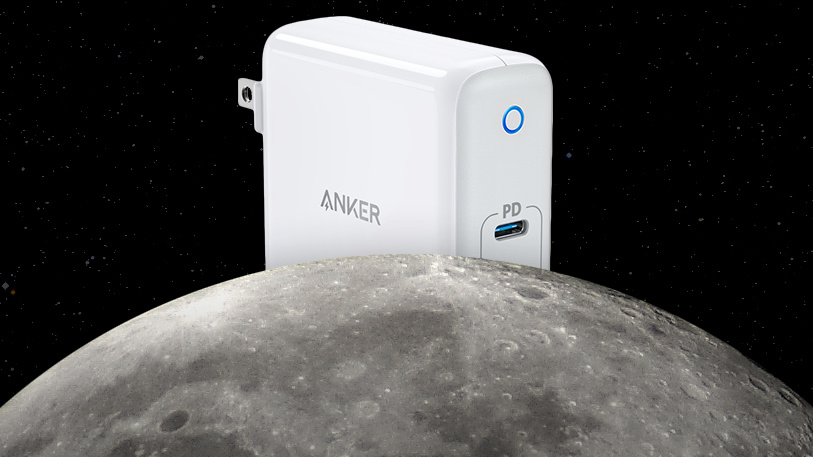 Well, here’s something you probably haven’t thought you would read today: an Anker charger has more processing power than the computer inside the Apollo 11 Mission rocket!

It’s an odd comparison, for sure, but one that was made nonetheless, by an Apple developer. You can read about it in this article from Gizmodo, and from the original information tables at Forrest Heller, the study’s author, webpage.

Here are the main points:

Of course, the processors have intrinsically different objectifs, hence different codes for different outputs. Still, the author believes that with four Anker chargers - and I guess a lot of tinkering with code and hardware - it would be possible to go to the moon and back. Why four? Because there were four AGCs in the Apollo 11, and it seems one single computer, even more powerful, couldn’t be used.

In the words of the author himself:

I claim that we would only need the compute power of 4 Anker PowerPort Atom PD 2 USB-C chargers to get to the moon with the following caveats:

And who am I to challenge those results?

That is absolutely amazing to consider. Pretty cool.

Interesting topic… Anker products are built well with quality parts, so that is an awesome comparison

Get some nasa accreditation & branding

That was a great info… glad we all use Anker today. Imagine if we have this technology 60 years ago

Pretty sweet on how tech is evolved…just think of where it can be in the next 60 years!!

I need a moon trip ticket to test Anker product

Wow, this is actually interesting, I did not even think that was possible.

Interesting, the speed that technology is advancing in the past years is astounding.

lol. Give 4 anker chargers, some duct tape and a mobile device. I am building a rocket. lol

More news on the Go to the Moon with an Anker charger front: the whole source code from Apollo 11’s AGC is on GitHub: https://github.com/chrislgarry/Apollo-11.