This topic is quite similar to YAMYAM’s Solar Panel test that can be found here: +++ YAMYAM's detailed eufy cam SOLAR PANEL TEST & REVIEW +++.

I had tested the same thing but came to the conclusion that solar power doesn’t fullfil my needs, especially now in winter time. The power delivered by the solar panels that I tested was simply not enough to charge more into the cams than the consumption that my usage scenarios cause.

Since I was replacing 2 Netatmo Presence cameras that used permanent AC power via cables coming out of the wall anyway, I was thinking of ways how to use these existing wires to provide permanent power to the Eufycams. Of course the solution shouldn’t look too ugly.

I assume that my usage scenario and especially the fact that I have cables coming out of the wall that I want to use for the power supply are very specific, so most likely this will be useful for a very limited amount of folks only.

Now the goal was to use these 2 places for the 2 Eufycams, preferrably using the existing permanent AC power supply. Here’s what the final result looks like: 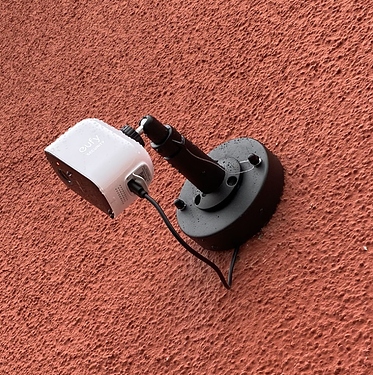 Here’s how I did it.

First of all I got myself 2 of these things: 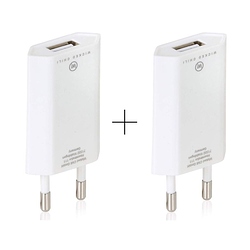 ASIN at amazon.de is B07X4J4DVY. You will probably find similar thingys in other shops as well. Basically I was looking for an as-small-as-possible AC-USB adaptor. These are quite similar to the ones that are shipped with iPhones. Maybe there are smaller ones somewhere, but these turned out to be small enough. If you live in a country where these kind of adaptors are more bulky because of the layout of your power sockets, you can still use these things for the purpose discussed here, because a) they work from 100-240V AC, and b) you don’t want to plug them into an actual wall socket anyway.

Next, I got myself a wall-mounted lamp for the garden side, because I needed a lamp there anyway since the Netatmo Presence had served as garden lamp before. I opted for a Philips MyGarden, model no. 164619316. In the inside of the lamp there was enough space to put that tiny USB power adaptor into (simply mounted with double-sided adhesive tape). The lamp has 2 wire connectors for the AC cables coming out of the wall. I used 2 additional pieces of wire to connect the plug by soldering the wire ends to the plug, and some gaffer tape to protect the soldered connections. Since the lamp is IP44-rated, there shouldn’t be much of an issue with water getting inside or something. I then used a standard USB-to-Micro-USB cable that connects to the AC adaptor in the lamp, goes out through the same water-resistant opening on the back of the lamp where the AC wires are going in, and then up to the Eufycam I mounted above the lamp. The Eufycam itself is being mounted to the wall using the standard wallmount the cams come with.

For the entrance side, I got myself a really cheap outdoor wallmounted lamp from a DIY store where they have hundrets of these kind of lamps. The plan was to just use the part of that lamp that is mounted to the wall, and throw the rest of the lamp away. This is the lamp I bought (costs: EUR 20,-): 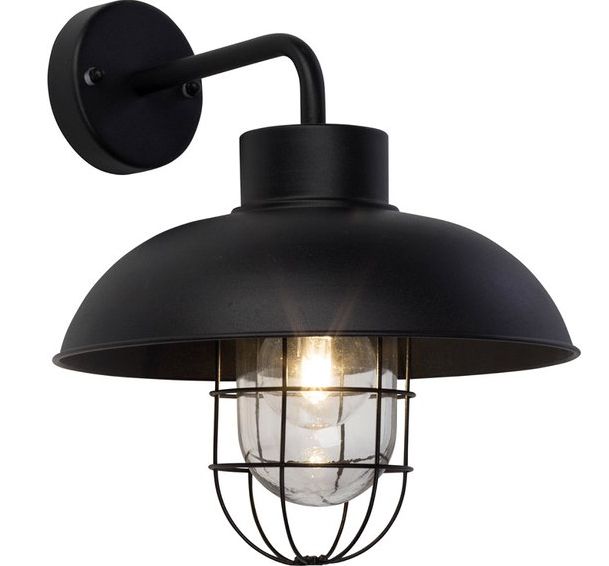 As you can see, I really only used the round-shaped part of that lamp. The rectangular tube could be easily removed with removing a screw nut on the inside of the round thing. The inside of the round thing was again large enough to hold the USB AC adaptor (and is IP44-rated as well), which I connected the same way as described above. Probably you will find dozends of lamps in your DIY store that will work fine just as well. I couldn’t really think of anything else to use. Of course I could have used something like an outdoor junction box as well, but as said, it shouldn’t look too ugly, and a (usually grey) junction box fixed to the outside of a house wall does look ugly.

To mount the Eufycam to that thing I used the following: 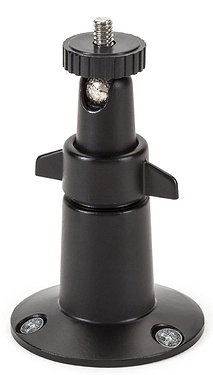 I attached it to the round thingy using a good-quality glue. For the unlikely case that the glue is not as good as I think it is, I used a piece of fishing line that will prevent the camera from falling down if the glued connection gets loose.

I wanted to have this part of my solution to be all black, because the other things that I have on the front side of my house (motion sensor lamp, solar-powered street-number, letterbox) are black as well. Of course you can also opt for something white. In this case, you don’t even need that additional holder, because you can use the white wallmount that comes with the Eufycams.

Basically that’s it. The only thing I have not yet solved is a proper weather protection for the USB cables going into the Eufycams. For the moment I don’t think this is much of an issue because the places where both cams are mounted to are not really exposed to direct rain. But I’d like to properly seal it anyway. If anyone has a suggestion what could be used for this, just let me know. I guess a silicone-based sealing compound that stays elastic might do the trick properly. Having said that, it would really be great if Anker would offer an official waterproof cable solution. The other option would be to hope that a 3rd party (like “LANMU”, who already offer similar solutions for other cams) come up with something.

I’ve used a couple of the Flex Seal products, and I have to say, they work great.
I had a leaking Skylight and could not find the gaskets. I was quoted $1800 to replace it.
Almost 3 years ago, I used Flex Seal tape all the way around the gaskets and it’s been leak proof since.

I just installed a camera outside and am definitely going to add an Arlo Solar panel to it.
I am going to use the Flex Seal tape to seal the USB connection.
Inside, I am not getting 365 days, but I have my camera’s set to Optimal Surveillance and am getting at least 4 weeks, which for me is really good considering how much video I am capturing. No complaints there at all,

Sounds good! Will give that a try. Thanks!