So there was this:

And I bought this: 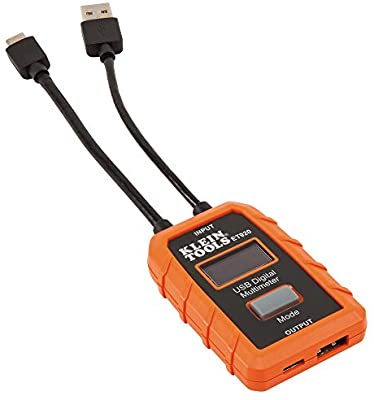 And @professor provided a testing plan. So this is really his results. I was just the errand boy, the technician who ran the tests. And supposedly the results are interesting. So here they are.

This was a test of some hypothesis:

Cool analysis. Thanks for doing this testing!

So this implies 75% total efficiency for 15V? That’s pretty good!

Great tests and interesting results. Thanks for doing this

75% for 15V, 80% for 5V, having already tested and not used the worst cables. Most of the losses in the iPad. Which makes sense as the recharging is the most loss. My intention is to edit the 2nd post I inserted with more math on the losses so we can point to it when the next person complains mAh is not as advertised.

This is a good example of where the 2/3rds rule comes from. 75% is not that far off 67% which is the basis of how I calculate the assumed phone recharges from a mAh number.

96.5% efficiency from Anker. That is… well… very impressive… then 0.4% from the cable (I have more data) and most of the loss is the device (in this case iPad).

Good made test.
This is what we all like to see.
Helps others a lot.
Thank you and enjoy Sunday

Great work @onstar
That’s interesting as I have that PowerCore and iPad.

Nice collaboration between @onstar and @professor

Glad to have the Powercore Essential 20000 PD

I edited the 2nd post with more details not shared previously.

It does confirm my overall general recommendations for portable chargers.

Carry a smaller Powercore, a short A-C cable and use it often.

Today I was out and about total of 8 hours, I went out on bike and walking and carried and connected my 3 year old Powercore II 6700, it has proved ample to get me through a long day. I finished with a fully charged phone and 1/3rd depleted 6700, I could have then gone on to survive overnight if required finishing next morning with both near depleted. I’d then need a higher Wattage wall charger to then recharge both quickly.

Respect to Anker for such a professional polite response. I count 1 error from Anker and 3 from the customer. Anyone count more? I think I’d be fired within a week in customer support.