Standing tall, with power to spare

Anker was kind enough to send a PowerWave II Stand my way, so here’s my review! 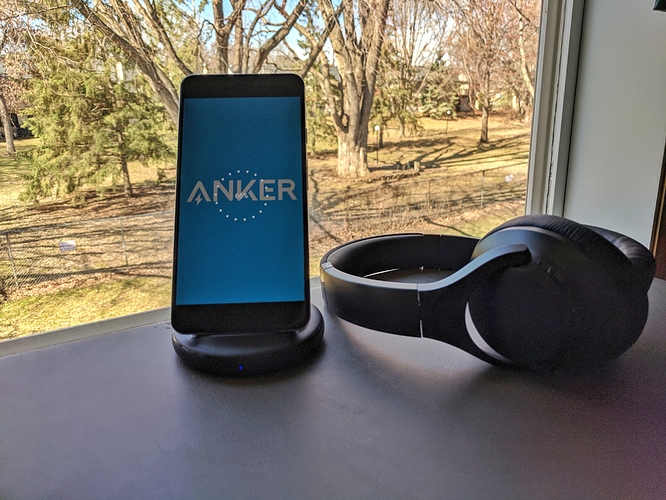 My original intent was to have this set up at my office, but current events have made my home my office for the foreseeable future. While at first I thought that I might not get as much use out of my stand as originally intended, I’ve found it to be very handy! I changed the settings on my phone to keep the screen on while charging, so my phone never goes dark while in the stand.

My first week using the charging stand, I removed my case, as I had a metal plate attached to the case for my car magnet mount. Since I’m not really driving anywhere right now, this didn’t really bother me.

However, this past weekend we took a road trip to get out of the house (which is permitted right now). I removed the steel plate off the back of the case and attached a new one. This time, rather than centering the plate on the case, I mounted the plate as low as possible. 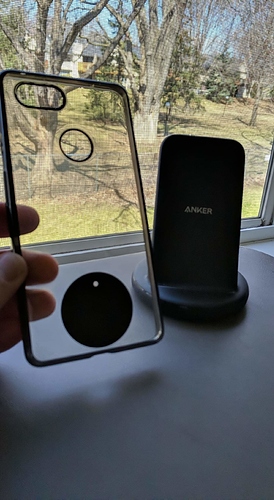 Tested fitted the phone in the car again and while plugged in to the car charger, it was stable. The the real test would be throwing it on the PowerWave II stand and see if it would still charge with the case on. I guess I shouldn’t have been surprised, but the Anker charger didn’t skip a beat and sent the juice to my phone without issue.

While working from home and off a laptop, it’s been nice to use my phones screen as a “second monitor”. I will have YouTube videos up, streaming through my Soundcore Life Q20s. While on the stand it’s at the perfect viewing angle, both in vertical and horizontal orientation. I’ve even found that replying to messages was a breeze when left in the stand, thanks to the angle of the lean of the stand.

Usually after a day of work at the office, my phone will be pretty depleted, but now when I clock out for the day, my phone’s at 100%. Once this current unpleasantness is over, I can’t wait to bring it to the office!

Great review, @Budkleppe! Thanks for sharing!

Solid review @Budkleppe thanks for sharing

Thanks for this great review! @Budkleppe

UPDATE, I now have a Samsung S21 Ultra and can actually take advantage of the 15w charging of this power stand! Happy all over again, lol