Soundcore Life Q20 - Decent for the $

I’ve owned and tried some very expensive over the ear headphones with ANC and they were great but after having 2 kids I was eager to try something more budget friendly… in came the Life Q20’s.

When I received them the first impression was that the packaging was really trying to go for a premium design and feel, but unfortunately mine was fairly beat up due to the packaging used for shipping…but it’s what is on the inside that counts right?.. well… kinda

Unlike other reviewers mine do not turn on ANC automatically (iPhone 11 Pro, maybe others have android phones?) Also I felt like the look of the plastic and shape just wasn’t as premium (…sexy…) seeming as my others but again…less than half the cost here.

When I put them on they were extremely comfortable and actually isolated noise pretty well without the ANC turned on. Then I decided to turn ANC on… accidentally turned the headphones off… The buttons sort of all feel the same and I hadn’t studied where everything was due to my excitement…but it wasn’t the only time I did this unfortunately. I just feel the controls and buttons are not as intuitive as others from the location to the feel just wasn’t quite there.

The sound I was actually fairly impressed with to start, seemed pretty good, but I was in the quiet of my home and nothing going on around me. I turned the ANC on (didn’t expect anything big to change as there was not much ambient noise), and I noticed that after a few min I almost felt a bit dizzy. I’d never experienced that before and brushed it off as a bad day.

I decided to take them on a work trip where I’d be in airports and on airplanes for the better part of a day. During that trip is when I had my second experience turning off the headphones while trying to activate ANC. Also, that’s when I also noticed I had to turn the volume up much higher than I needed to on the higher end headphones to get the same sound from them that I got from the others. I was ok with that as I didn’t have any really high SQ expectations for these at the price point. Once I got on to the plane I finally got comfortable and turned on ANC (successfully this time!)… i rested and actually fell asleep with them on and wasn’t uncomfortable after a while when I woke up, but again I had that dizzy-ish feeling. I again chalked it up to something else, this time the movement etc. from the air travel…but I turned it off, and relied on the isolation which did actually help… the dizzy feeling went away. I don’t know what I am sensitive to but I’ve also tried since and had similar experience…

Either way, they sound pretty decent for the price and the ANC works well if you’re not sensitive like me… Hope this helps!

Great review, some pictures would make it even better

Good made review.
May be you can add some photos.

Nice review @benjamin.zander thanks for sharing

As mentioned some pics, if possible, would really finish it off

Also the topic was just showing up as $ 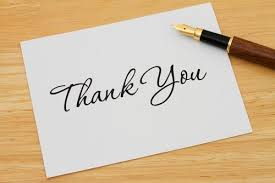 Thanks for the review. I just bought a new pair myself and they are great for the price. I love them. They are a nice upgrade from my previous headphones. I have also experienced dizziness after using them with the ANC on. It seems there’s residual noise when using it in environments with random noise patterns versus busy streets for example. Anyways, thanks for sharing!