Review: Anker Bolder LC-90: Brighter (not better) than LC-40, Still not a HEADLAMP!

This is, ostensibly, a review of the LC-90, but I’m mostly comparing it to the LC-40. In a nutshell, the LC-90 has several advantages over non-Anker competitors and one or two discreet advantages over the LC-40, but I would recommend the LC-40 to the average user because of price, size, and utility. For now, though, I’ll focus on the Anker advantage over other 900 lumen competitors. here is how it comes shipped, a little weirdly with the rechargeable battery out of the light itself: 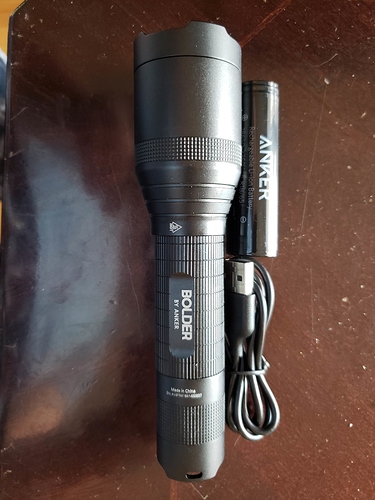 ) simple micro-usb inputs allow for these to be used over and over again even in fully off-grid applications, or in the event of an emergency. 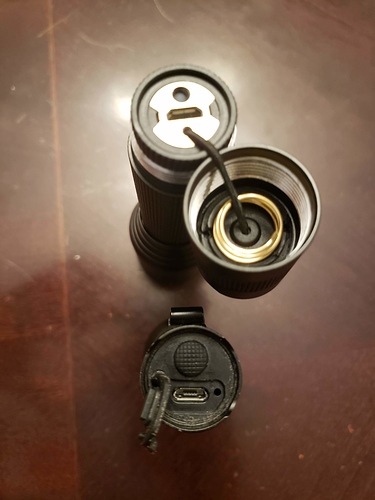 I recommend pairing whichever one you get with the Powerport Solar so you can shine at night and recharge during the day. This is my standard setup.

The one thing that is weird about the LC-90 compared to the LC-40 is that you have to unscrew the cap on the back to get to the charging port. The LC-40 has a simpler gasket cap sort of thing, which I prefer: 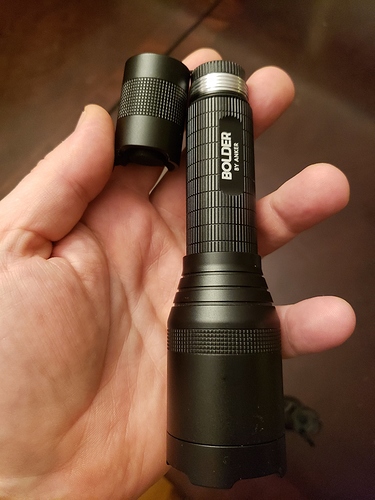 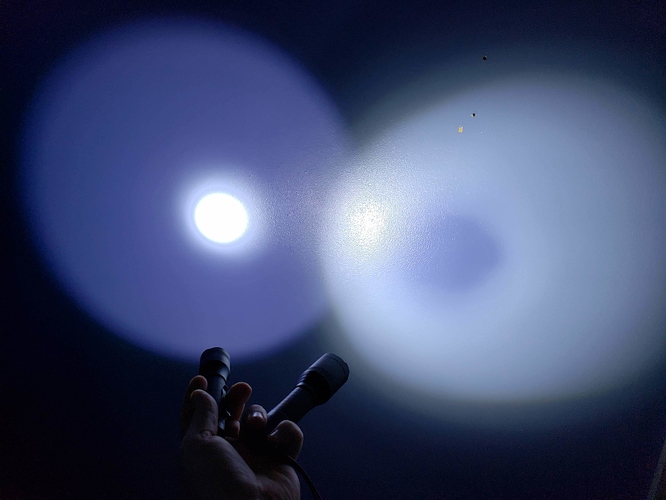 Now the LC-90 on sharp focus on the right compared to the LC-40 on the left: 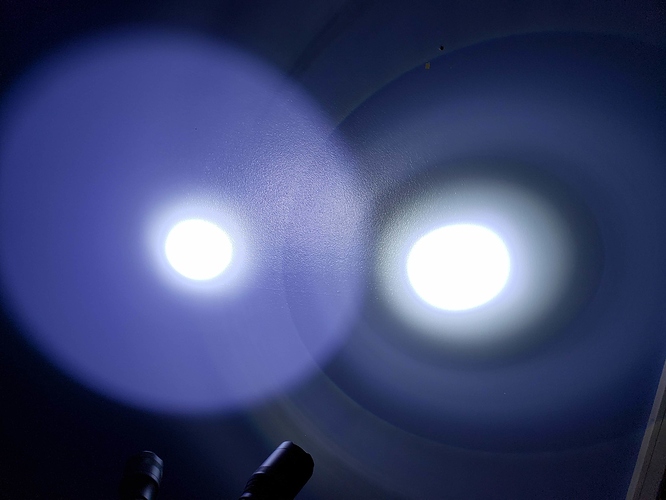 The LC-90 is (obviously) much brighter than the LC-40, but for personal use I’ve found LC-40 plenty bright on many different occasions.

Though much smaller than other 900 lumen competitors, the LC-90 is big compared to the LC-40. The front is really too big to put into a pocket, whereas the LC-40 is REALLY small for the punch it packs: 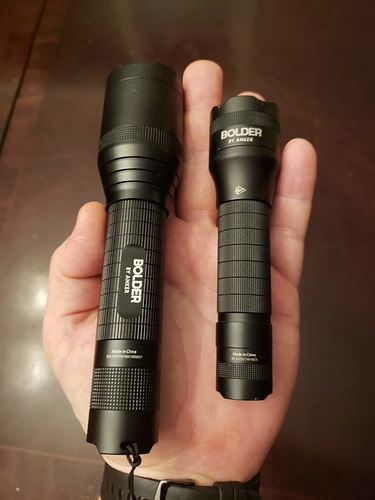 Still quite portable, the LC-90 also loses out with only a wrist strap rather than a clip. I REALLY like the clip on the LC-40.

Both the LC-40 and LC-90 have a high, mid, and low brightness mode (VERY handy) as well as flashing and SOS modes. I prefer the LC-40 because it allows you to turn off on one mode and back to the same mode on the next click. the LC-90 makes you cycle through all of the modes to get back to the one you like. This is irritating.

I think I’ve covered cons above, so I’ll reserve this area for my new crusade:

NEITHER OF THESE ARE A HEADLAMP!!!

I think the LC-40 is about as good as a flashlight gets, literally everybody should have one, but Anker needs to make a headlamp. Here’s what it needs:

high-mid-low birghtness, with the ability to remember and return to whichever one you use without cycling through the others.

Red indicator on back for cyclists

Hope I’m not too demanding!

What do others think? is that kind of headlamp desireable? What about the LC-90 vs 40? Am I missing some advantage?

The newer LC40 you mention is the most used flashlight as its easy to recharge and very pocketable.

I am far from certain a headlamp is technically viable, you’d either have something which would dig into the forehead or be shorter battery life or more cable hassle. That level of lumens, you felt how hot is the metal near the light source?

I do like headlamps though, I have a Pretzl.

I am far from certain a headlamp is technically viable, you’d either have something which would dig into the forehead or be shorter battery life or more cable hassle. That level of lumens, you felt how hot is the metal near the light source?

Yeah, I know my request borders on absurd, but a guy can dream right!?!

Anyway, might as well ask for the moon. Theyre not called Anker Innovations for nothing!

I think the real takeaway here is that the newer LC 40 is the clear winner!

but a guy can dream right!?!

Yes I agree LC40 is the best all-rounder. For a head flashlight we’ll have to relax either battery life or brightness. The brighter headtorches have a clamp to hold off the head due to the heat problems or attach to the side of the head to allow space for a bigger battery, or they do a cabled approach to spread the weight out between beam and battery. The compact units are just dimmer.

Good review @ryandhazen , have the original LC40, x2 LC40 upgrades and the LC90…out of all of them the upgraded LC40’s are the most used…small, rechargeable and great light output, as @nigelhealy said the best all-rounder …they also make great socking fillers at Christmas

I think you need more

@ryandhazen Excellent job with the review and comparison.

It would be cool with Anker made headlamps.

i got the nitecore nu32 headlamp for xmas. Pretty happy so far. u should check it out. rechargeable and comfortable, and it has soft lighting mode for working on stuff where you need light but not a beam

Great review and @nigelhealy you must be wandering around in the dark a lot to need that many. Could probably light up my whole grave with all of them easily and not have to pay an electric bill

@AnkerOfficial does need to make a headlamp flashlight.

light up my whole grave

So the stick-on lights are wonderful, once your eyes dark adjusted you can wander around the house with no flashlights and just them sense you and come on.

The flashlights in every room is related to earthquakes where a person may be trapped behind a moved wall, stuck door. All rooms have windows can climb out of and most homes are single-story so there’s little over your head and no height to descend from.

Oops meant to say garage. I’m not dead or writing from the grave nor do I light up other people’s gaves
That make me laugh so much though

Oops meant to say garage. I’m not dead or writing from the grave nor do I light up other people’s gaves

Hahahahaha! That made me laugh too!

One of these is on sale today! 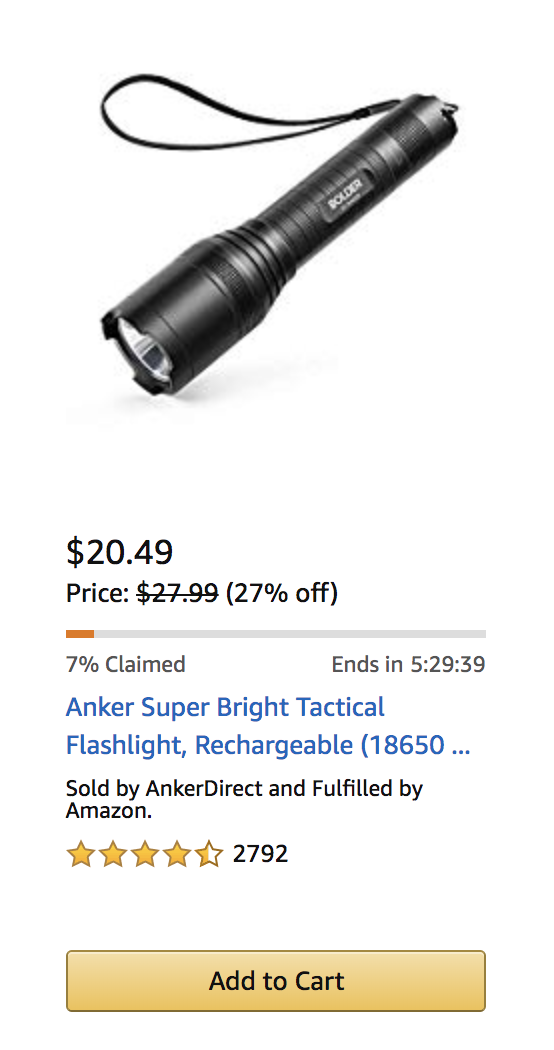 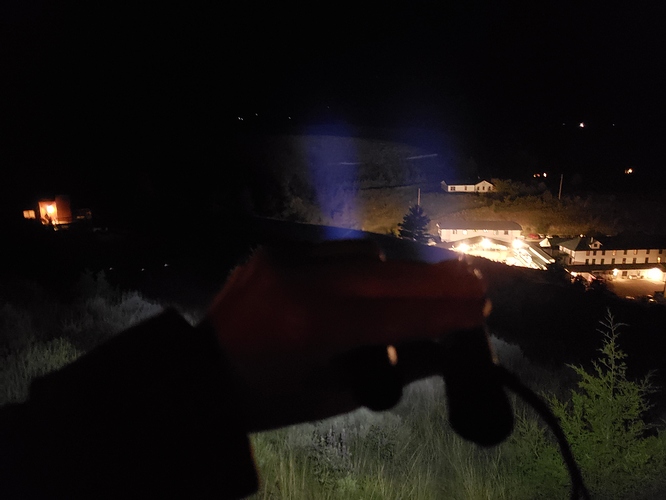 Thanks man, Got LC-90(amazon have deal on it) works great, Just wanted to see review of both Lc40 and Lc90.

LC40 is really small and light weighted.
If you already own a LC90 you should get this small one.
Very handy.
But try to get such ones too.
Small and USB chargeable!

I have such one always in the pocket.
Very helpfull in many situations, though not an ANKER product!