Hey guys if you missed your chance to win the new Powerhouse this might help you. Right now currently the Powerhouse II 400 is $60.00 off making it only $399.00. If you really wanted a Powerhouse this is a great deal for you to save $60.00.
Here is the link 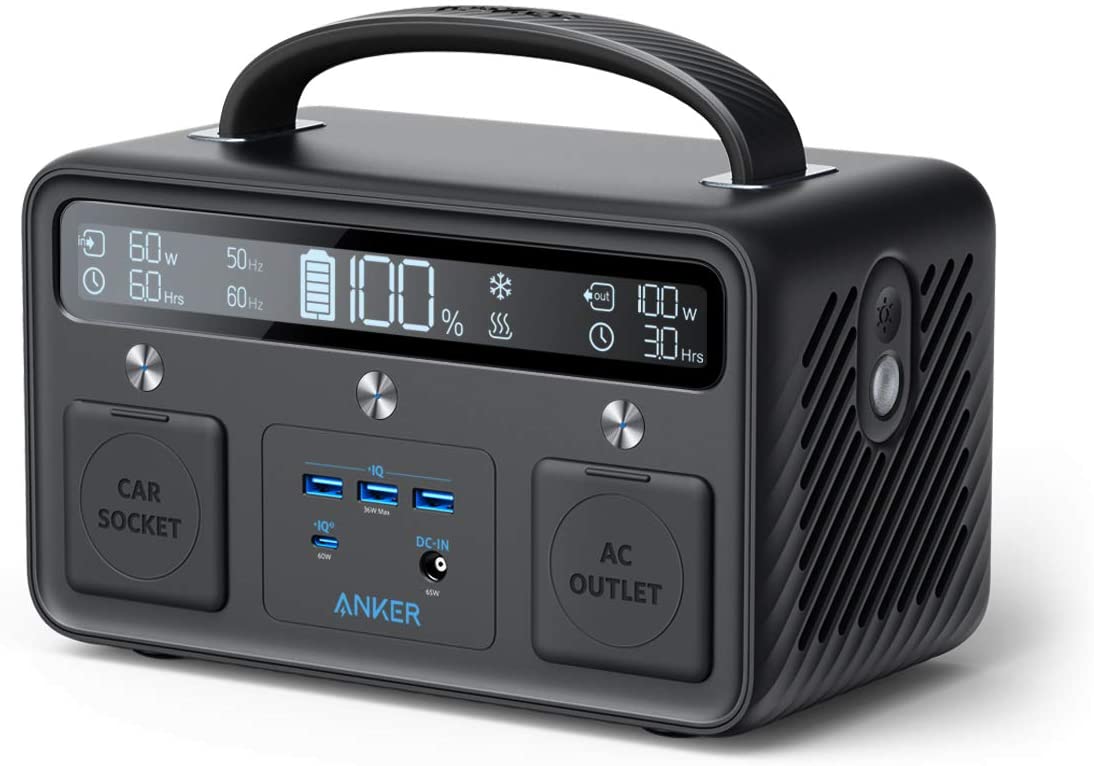 Nice share @matthewdmorais however @chrisjwaggoner caught wind of it sooner…

I often will do a quick search of the forum before I post up a deal, as to not duplicate efforts. If I cannot find anything similar within say 45d, I usually post it up.

Keep on with the shares

Is there a way to search or do I have to go through the forum looking for one.

So then I go to forums, deals and giveaway

I do literally 2 seconds of scroll down as if someone posted a new deal its likely up near the top.

If i don’t see a match then I search, top right corner

So then let’s use this same product, so I’ll search just for Powerhouse one word as there’s not many types of that product. 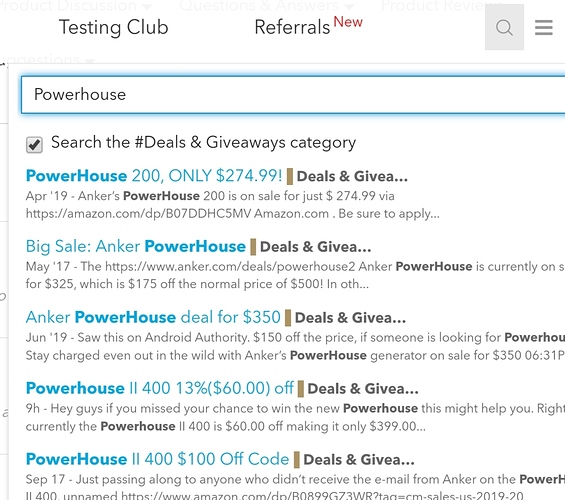 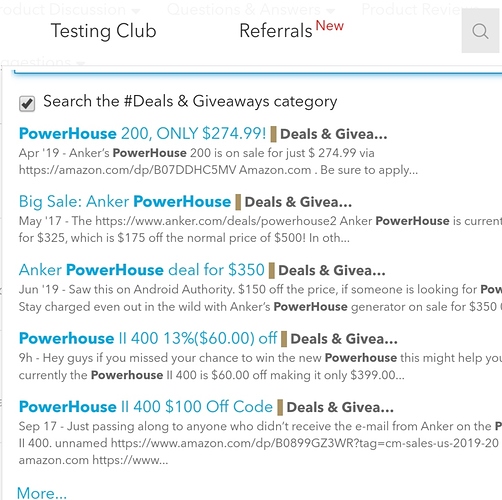 I then change the sort by relevance

And see if there’s a match.

I also scroll down some months to see if the deal has been better in the past, if so I don’t particularly post as I’d then be doing the community a disservice pointing people to buying something likely lower price soon.

A really common discount is 15% and it make me personally annoyed to see these posted, I only post them when it’s their first discount or when the discount is a lot higher, and also Anker moves the RRP so a delta is not that trustworthy, it’s only if an absolutely new lower price, do I then post, and I screenshot it for posterity.

These % and $ off aren’t really reliable, the only truth is the price paid and is it a new lowest or not. So I always state the price. Then later when its being searched I easily see if its a new lower price. The % and $ off are not helpful to community members as those are hype.

So the title of this thread should really be $399, not 13% not $60 as they are meaningless. Then when say its $349 later someone knows its a new lower price far easier than having to reach into the past thread and work out what the hell 13% or $60 actually meant.

Thanks @professor. Everyday I learn something new on how to create threads.

You done did a solid there @professor