Hi my name is Jeremiah, I just got the liberty air x, and can’t seem to find a way to use just one at a time. Often when using ear buds at work, I prefer just one to keep an ear available for hearing things it don’t want to hear (but have to) . Could I get some guidance, or is this not possible?

If it’s just the original liberty air’s first gen. Only the right ear bud can be used the left can’t.

The liberty air 2’s you can use either earbud at a time.

It appears that the spirit air x don’t have true mono mode. Which means that you have to use them both at the same time.

Although I believe that the right earbud can be used by itself.

Try just taking out the right bud and see if it works.

If you want a pair that has true mono mode, and allows you to use either earbuds independently I recommend the soundcore life p2.

WHAT?!?! Not sure the model, but I just got them yesterday from best buy, and paid $80! Plus they only have 7hr play time. You’re telling me these other ones are better and $20 less??? By chance are you familiar with best buy’s return policy?

They both work fine (well to be honest, they aren’t that loud) I just want to use one at a time. Also, I mostly bought them for when im riding (motorcycle) but of course im still using them when im not riding. Its only at work that I use just the one sometimes. I had a pair of wireless(not “true” wireless) sound core thar had AMAZING noise cancellation which was great for riding, but the cord connecting the buds would get caught on my jacket when id turn my head sometimes. That’s why I went with the sound core true wireless.

Oh! Also, Do you happen to know the quality of noise cancellation on these ones you recommended… (I think it was sound core life 2, or something .

Also I don’t have any kind of “spirit” model

Can you take a picture of the box the came in?
You can still return them to Best Buy with the package and receipt.

I typed the wrong thing, I know the model of earbuds you have.

@Unnamed lol he said he has the liberty Air X lol.

The life p2 aren’t necessarily better in every way, but they are better in some ways. They will most likely have better call quality, and they have true mono mode. The noise cancelling is for phone calls only. It basically cancels out background noise for the person you are talking to.

I am not familiar with Best Buy’s return policy, but I would assume that they would accept a return within 30 days like most stores do

Oh and for the record, 7hrs of battery life is really really good for a pair of true wireless earbuds

I’ll try to remember to take a pic later, the box is at home. All I remember is “Air X” and it said “crystal clear calls.”
I do have the receipt too. Like I said, I’d really like one that allows music to sound just as clear when your doing 70 on two wheels as it does when your standing still in a sound proof room

Im sure it is, but the ones recommended below said 40 hrs

@techman yea I saw they are essentially liberty air 1’s.

@godssoldier0831 If I was you I would take them back and either go with the life p2 if you want to save money or upgrade to the liberty air 2’s. They both have what you are looking for.

It’s 40hrs with the case. Still only 7hrs per charge.

If the true mono mode doesn’t matter too much to you, then I’m sure the liberty air x are Awesome earbuds.

Yes, turns out just the right works. But as I said, it would be nice if they were louder. I can’t recall the model, but I had a 30 dollar pair of (edit - SOUNDCORE - edit) wireless (just not “true wireless”) that were louder than these. All I can say about them is they were magnetic, and they had a little…hmm… “nub” (?) on them that sort of tucked in your ear, which I believed assisted in noise cancellation. So, volume, and noise cancellation are my biggest concerns. Yes I occasionally use them for work, mostly with just one, but come spring, when I FINALLY get to hop on my gorgeous Street Bob again, and I’m screaming down the highway, or even taking a backroad cruise, I don’t want the sounds around me to drowned out my music 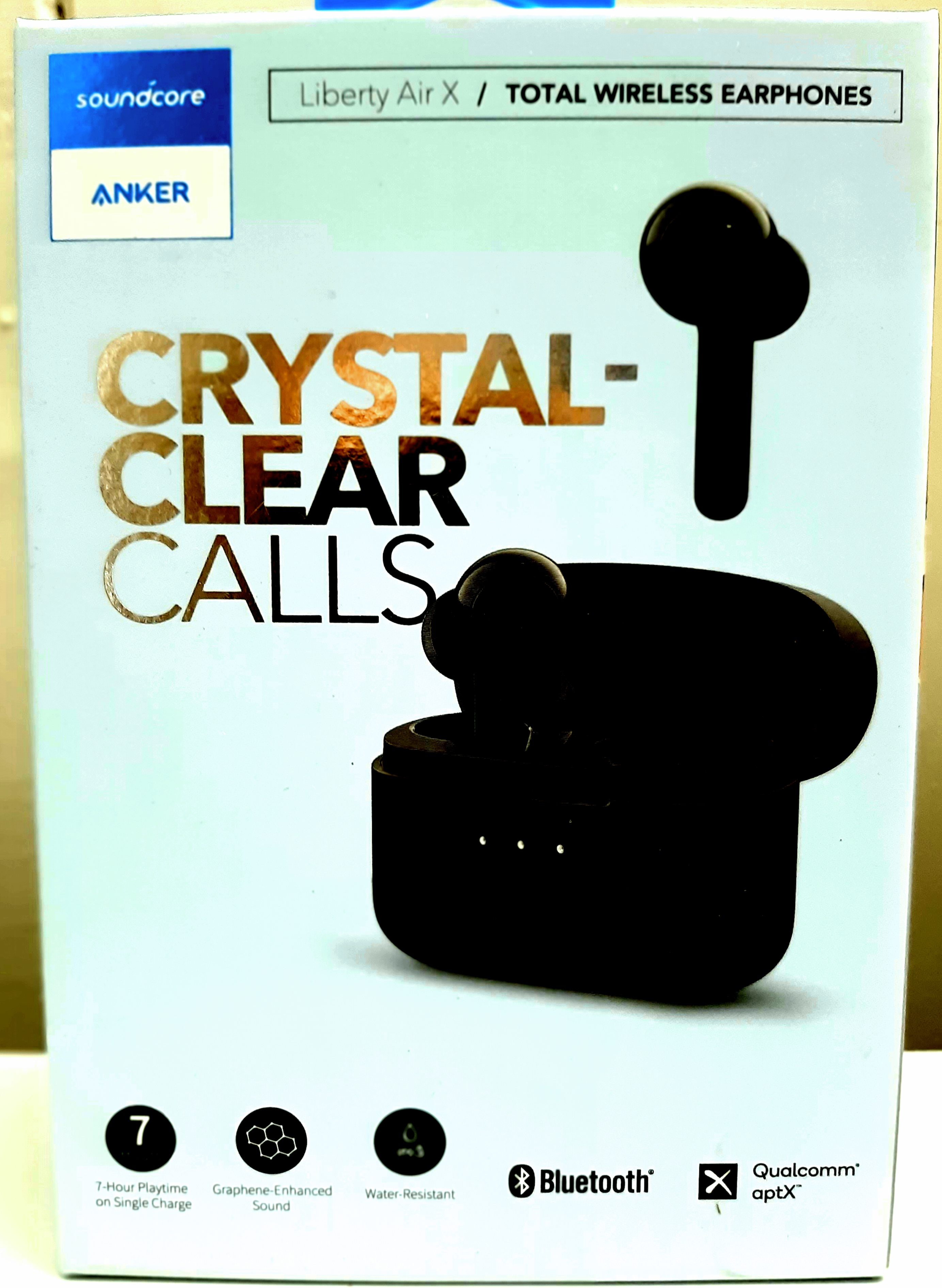