Not a whole lot of information, battery powered 2.4Ghz WiFi

Rough idea of how it looks. 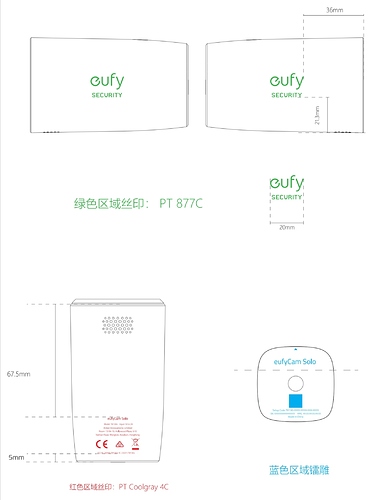 Judging by the test report, it’s different from the EufyCam before which used the same frequency but not WiFi.

That implies it doesn’t need a Homebase to then hop from that to the home network, it connects to WiFi directly. If that is true then it will help with the support and suggestions threads we have had of complaints about not able to use WiFi, mesh networks, etc.

As always with FCC usual caveats

Probably a standalone version (no Homebase) like the floodlight and doorbell varieties.

SoloCams (3 versions) now up for pre-order

I got the email too.

6 weeks from FCC so average.