I’m still waiting to hear back from the developers.

I would consider buying alarm system if you can develop siren Bell box for external use.

This is a community forum, you need to send support an email

While yes this is a community forum he also posted in the ideas and suggestions for Eufy. So its in the right place.

Need this siren ASAP. Otherwise the alarm system is a joke. My kids are louder then the homebase

Oh I didn’t even check that

In fact I’ve not seen official support from any brand here for 6+ months. But I did see some support for Eufy in Eufy community and Soundcore support in Soundcore community, hence why directing support questions there.

So even though its an idea here, those who need to see it won’t?

We are autarkic finally !

They send me a book, I have to study first.
If I know all I will get a job in the service! 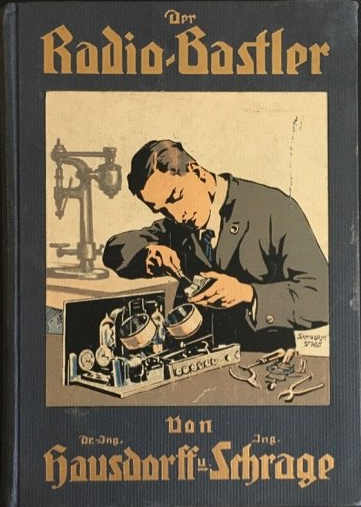 While I am a moderator on Eufy forum I still spend more time here so I tend to read things faster on this site than over there. And I do pass on information directly to the developers.

Please Eufy, i really don’t want to have to switch to the dark side

Ring has just bought one out. Come on eufy

A lot of people want one, I would think they are at least working on one

As I stated before they are working on one, they just have not told me the time frame for when it would be available

The lack of a Eufy external siren/ bell box is a strange one, I can’t think of any alarm system without.

Like an earlier poster I’m also considering getting rid of all the Eufy equipment due to no external siren (camera sirens aren’t the answer Eufy) Ring announcing the release of their external wall siren box brings this to a head for me and to this thread.

I see one being mentioned earlier as forthcoming by Eufy yet I emailed Eufy the other week with the very same question and the feedback was vague and patronising tbh something along the lines of “That’s an interesting thought, I’ll pass that back to the team. Have you considered a Eufy door bell?” Lol I actually have one, it’s in a box along with all the other Eufy security equipment waiting for the external siren to appear.

I read a thread on another forum yesterday relating to a Costco Eufy security system on offer and it was strewn with comments about the failings off it having no external siren. I like the Eufy products, but I cant see past there being no external wall box/siren either and sympathize with the negative comments. The internal Homebase siren simply doesn’t cut it, neither do the camera alarms, a welcome addition yes but no substitute for an external wall box/siren. There’s a reason every other Security system offers one.

Wake up Eufy, you’ve a good product out there waiting to be made a great one. Common sense must tell you there’s a ready market out there eager for it.

How to get support in the Community - New Users

Are you in the right place?
Community for Eufy Vs Soundcore Vs Anker

Anker made this community, then forked off Eufy security and Soundcore to their own communities, and moved their support to those.

So for Eufy Security community

How to get support in the Community - New Users

It may surprise you, but you’re not talking with support here. This site is largely read by fans who share interests and experience with Anker products

See you’ve been chatting with support, direct comments to the Eufy community above where it is read by Eufy.

Hey newsflash, ring has been out since 2014 and they are just now releasing an external siren. Eufy has only been in the security game going in 2 years, sure they may not adapt everything as fast as others but there is an external siren in the works which should be released some point this year

Please! We need loud multiple alarms separate from the base & camera! Plug in & battery operated wireless alarms. Sooner the better. Also a application in the security app to trigger a security “plug”. Could use for bright light & or loud alarms!! Thank you!