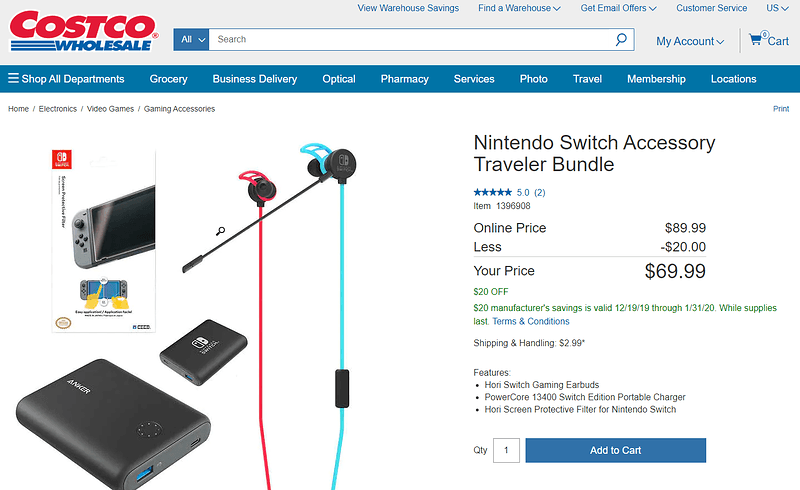 Could just be me, buy this bundle looks overpriced to me…

Me too. Target has the powercore for 54 and the headphones are going for 15. So that is 69.

Or get a powercore that doesn’t say “Nintendo” on it for far less. And then you even have Money for the soundcore strike 1, for the same price

I would get the Strike one even if money was an issue… LOL I mean the Strike one looks a hundred times better than those. Although it does not say that the Strike 1 was Nintendo capable I wonder if they could still be used. I had some older Turtle beach that was only PS3 enabled but I got them to with a little tweak on the PS4.

At first I thought it included the actual Nintendo switch

The bundle includes a screen protector

I think the strike 1 will work with anything that uses Aux. it works with mobile as well- which isn’t advertised. I don’t have a switch with which to test

I was thinking that it would. I am assuming the cords will come together at a control box for volume and mic andthen have one cable for input since there are cords coming from each earphone. It does not really state it but do you know if it have its own power supply from that box ( I am assuming LOL) or is supplied from the device. I have only saw Soundcore site and Amazon site and those do not really state which way they went with it and I have not had time to search more on it.