Well, today is the day that it officially launches on Kickstarter and we now know all the details. Below are the links to the Kickstarter as well as some of the launch articles I could find and a single youtube initial introduction to the product. 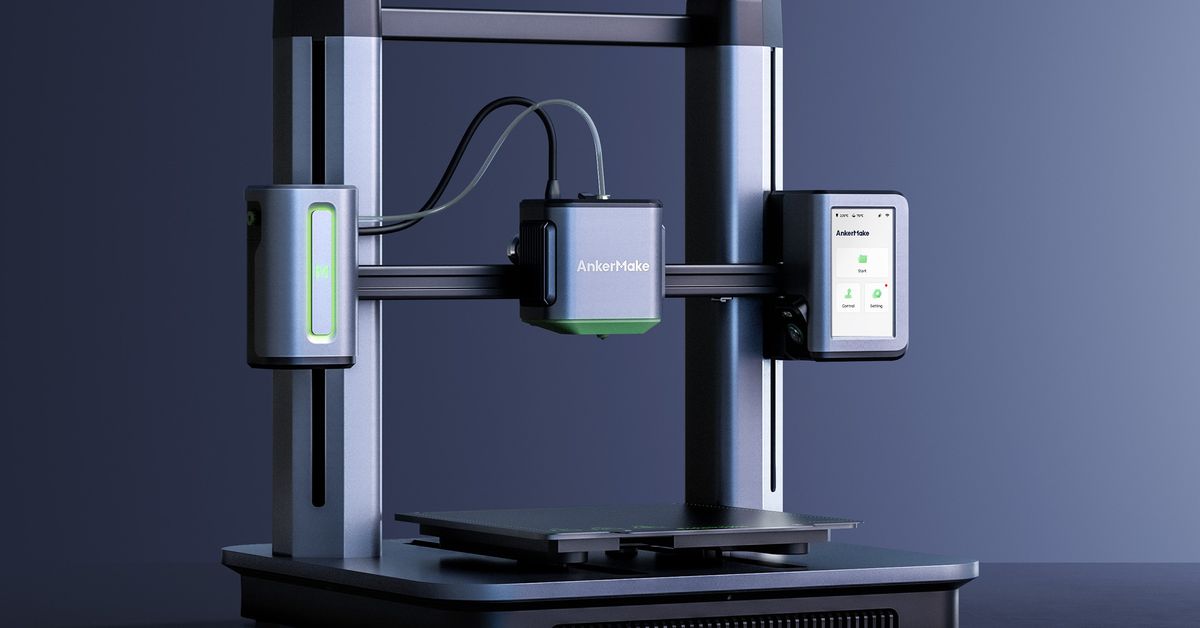 Could 3D printing be easy? 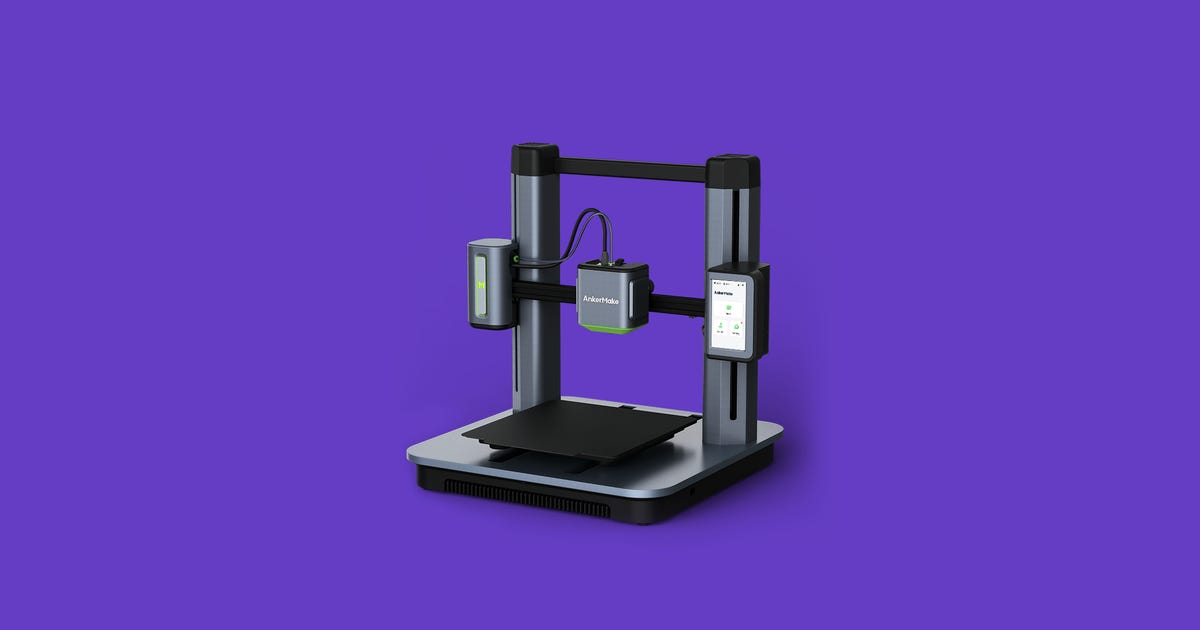 This speedy new system records its own time-lapse video for you. 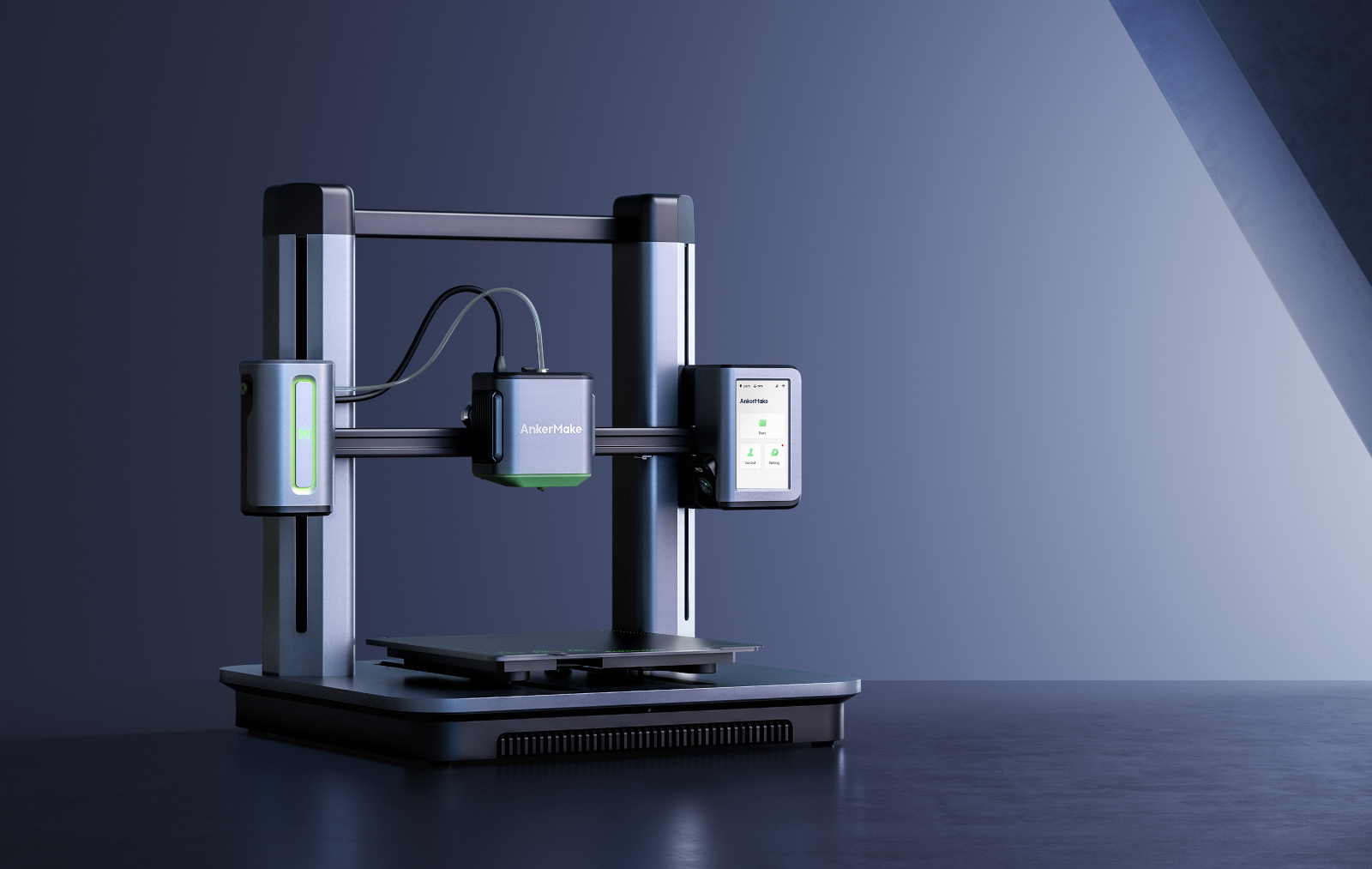 As someone who has been 3D printing a lot in the past couple of months since my Final Engineering project has a lot of self-designed parts in it I am beyond excited about this printer. The speeds at which they can print are insane and it seems like they are planning to have a lot of features coming with the printer right out of the gate instead of having people have to add them later like adding octoprint to some of the popular reality printers. The one thing that does concern me is how easy or hard maintenance will be since it seems everything is covered including the belts and wheels and things that would need replacing over time or even just how to adjust the belt tension as it gets loose over time. I would love to see Anker product other bed surfaces that could be interchangeable on the print bed. I feel this printer has a lot of promise in what they put on paper I just hope they can follow through on all of it.

I also really hope that anker takes the time to get a lot of good reviews and builds a strong community around the printer since strong community support can often lead to a lot of people buying it such as the ender 3 pro that reality makes has a huge backing even though it isn’t a high end printer.

Wow it reached 1 million in an hour!

Sadly a 3D Printer isn’t within my budget but I love that Anker is entering the world of 3D printing!

There is nobody of the regulars here who got one these printers for tests as far I know.
Rob (@tank) is one of the regulars who has a lot of experience with such printers.

Meanwhile there are so many models available on the market, so it will be not easy to get a place there for ANKER.

I wish Anker had sent me one to test and try out, but from what I have seen it looks to be a great model and one I wish I could afford. Sadly I just missed out on the super early bird discount and at that point couldn’t justify spending more money. Which means I won’t get one any time soon unless I win one or Anker decides to send me one.

Yeah I’d love to test it as well and see how it compares to the printers I’ve used and see how it is I’m curious to see how they choose to do a lot of things since a lot of things seem to be Anker making their own and I don’t know how replacement friendly it would be. The price is kind of steep but most printers are kind of expensive this is just more high end. Sadly the kickstarter comments is full of a lot of complaints and people canceling their orders

I have the same Ender 3 Pro, but branded as Sain Smart Ender 3 Pro. Works great and if any issues arises its usually a quick nozzle swap and we’re good to go again.

Yeah once the bed is level all seems to be well. One of my friends had a bad thermistor but a quick swap and back to printing. I’m worried that this new Anker one won’t be very repairable based on the looks of it but who knows maybe it will be

I’d totally do a video for this machine. I’d go so far as to donate the three other FDM printers I own to a school to get my hands on one for a review. Gotta keep my SLA printer, though. Haha

This is very interesting

It looks repairable, the access panels are plastic and can be removed as seen in the uncle Jesse video

That I do agree but I am not sure how many of the replacement parts would be available or plug and play with other versions already out there.

how many of the replacement parts would be available or plug and play with other versions already out there.

Thats a real good question Kaitlyn.
There are a lot of wear parts and it should be clear if these are available and how much these cost.
Are there any informations about those parts?

I suppose on could get a full set of replacement parts for it , for about $499 on early bird…