I was looking at this: 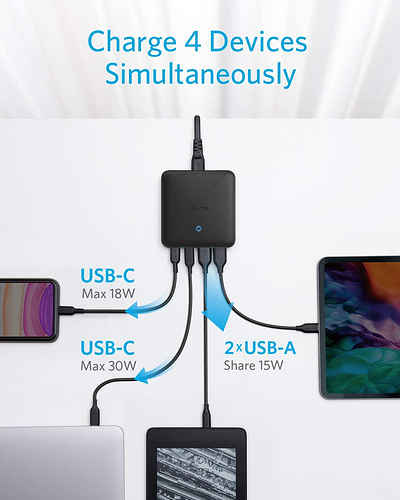 And had an ah-ah moment, it’s not too far off the size / shape of this: 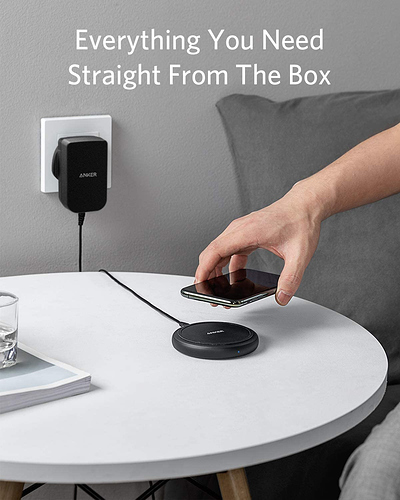 So that is my suggestion, these flat slab like desk chargers, add a Qi wireless pad to their top, it then adds, in this example charger, a 5th charging method.

In the same way I felt Qi had dropped in cost, and the move by Anker to Li Poly shaped cells, made them more slab-like would make Qi pad on a 10000 PD Slim, then became a reality some months later.

Now that I invented it, this has the feeling of inevitibility, I cannot obviously give a date but my feeling is 2-4 months from now on the basis if I thought of this idea, Anker has someone within who has already thought of it so it’s in the lab and then manufacturing, it has to pass through FCC (hasn’t yet) so that’s at least 6 weeks off. Allow a lag for me to be actually the first person to think of it (unlikey) and you get to 4 months tops.

Very interested if they actually make it. Please @AnkerOfficial

It’s not announced as people won’t buy the Slim 63W.

It’s a good idea… Has a lot of potential!!

Heat yes is an issue so these hybrid Qi+other can’t be as fast wireless as dedicated pads.

I think the way to solve this is adaptive wireless charging (I’m inventing this too!), initially it could do say 15W, and if it reaches too high a temperature then it turns off 15W and turns on at 10W, or 5W. This suits the way most people want of a fast initial charge.

Movement and alignment will need the correct choice of materials for the upper and lower sides. Sticky pad like on some existing desk chargers and some of the Powerstrip models.